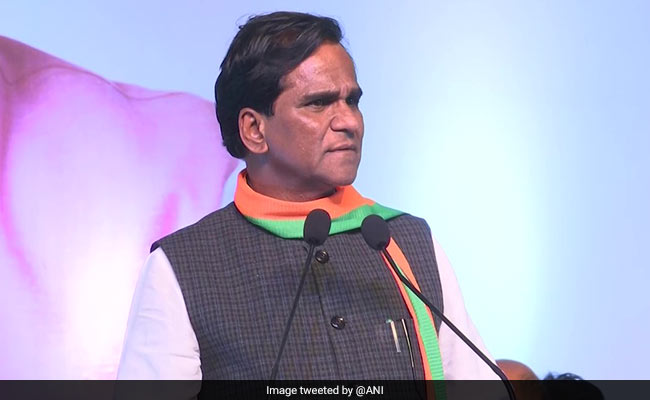 The BJP has a washing machine with "Gujarat's washing powder", which first "cleans" opposition leaders before they are taken into the party, Union Minister Raosaheb Danve Patil said at an event in Maharashtra.

"BJP has a washing machine. Before taking anyone in the party, we wash them in the machine. We have the Nirma powder of Gujarat," the minister said, referring to the home state of Prime Minister Narendra Modi and Home Minister Amit Shah, who are the top two of the ruling party.

In recent weeks, several opposition leaders in Maharashtra have crossed over to the BJP. These include Congress' Radhakrishna Vikhe-Patil and Kalidas Kolambkar and Nationalist Congress party MLAs Shivendrasinh Bhosale, Sandip Naik and Vaibhav Pichad. These switches are believed to have weakened the BJP's rivals ahead of the Maharashtra polls later this year.

Raosaheb Danve, a former Maharashtra BJP chief, has been winning the Jalna Lok Sabha seat since 1999.

Earlier in the year, a video had surfaced online where he was heard saying "all thieves" have united against PM Modi and him.

"All thieves are now united against Prime Minister Narendra Modi while in Jalna, too, thieves have ganged up against me," he had said.

Not new to controversy, Raosaheb Danve had triggered a row in 2017 when he reportedly said farmers continued to complain despite the state government doling out sops to bail out tur (pigeon pea) growers.