"Propaganda" Says Congress On Ministers' Visit To Jammu And Kashmir

The list, which is in possession of NDTV, shows there will be 51 trips planned for Jammu, and only 8 to Srinagar. 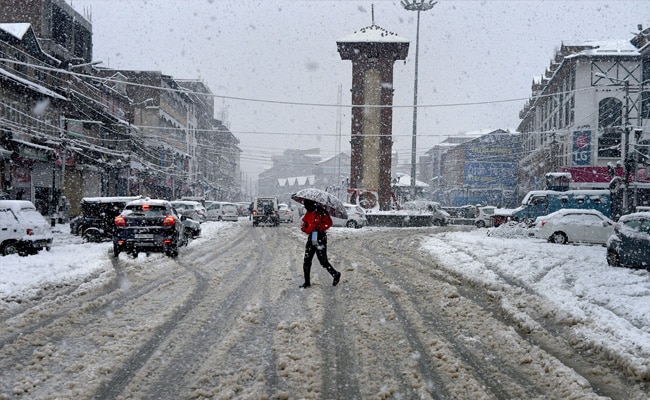 Starting Saturday, 36 ministers would be on multiple trips to various parts of Jammu and Kashmir.

The Centre's plan to send 36 ministers and BJP leaders to Jammu and Kashmir in a massive outreach programme has drawn ridicule from the Congress, which has questioned the government's claim about the situation being normal there.

"Home Minister says it is all normal. If it is normal then why 36 ministers are visiting? Their going proves that problem is still there, it is not normal," senior Congress leader and former union minister Kapil Sibal said, dubbing the visit a "propaganda mission".

The party also questioned if Union ministers can visit Jammu and Kashmir, why can't opposition leaders be allowed?

"If these government ministers can go, why can't we?" Mr Sibal said, alleging that the opposition leaders are being blocked as they would meet the common people and understand their problems.

The list, which is in possession of NDTV, shows there will be 51 trips planned for Jammu, and only 8 to Srinagar.

The Kashmir Valley has been under a series of restrictions since the government's announcement in August, which includes detention of its political leaders and internet blackout that's being removed in phases.

"We will see whom they meet," said Congress's Ghulam Nabi Azad. "So far two foreign delegations have gone there. They met only the people the union government wanted them to meet. They neither met the local people, nor the political leaders who have been kept under detention. They did not even meet the traders," he added.

A senior BJP leader told NDTV, "When we do not meet people, there is criticism that we are isolating Jammu and Kashmir. And when we do, then also eyebrows are raised".

The Narendra Modi government, he added, is interested in reaching out and hearing the "concerns and problems of the people".