PM Modi will also address a public rally at Dabhoi, about an hour from Ahmedabad. The Narmada Bachao Andolan (NBA) led by social activist Medha Patkar has been protesting against the project raising several environmental concerns. 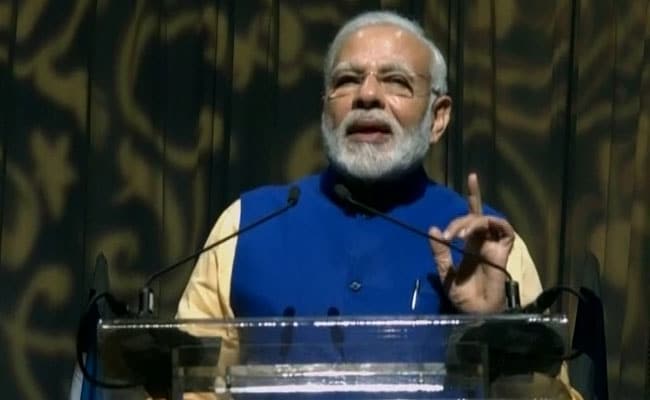 PM Narendra Modi will inaugurate Sardar Sarovar Dam on the occasion of his birthday. (File)

Ahmedabad: Prime Minister Narendra Modi will today inaugurate the world's second biggest dam - Sardar Sarovar Dam - nearly six decades after its foundation stone was laid. The inaugural event, held on the occasion of PM Modi's 67th birthday, will also see the culmination of the fortnight-long Narmada Mahotsav - launched by the Gujarat government to celebrate the completion of the work.

PM Modi will also address a public rally at Dabhoi, about an hour from Ahmedabad.

With few months left for the state assembly elections, the Gujarat BJP has turned the completion of the dam project into a huge political event. The venue of the event is some 200 km from Ahmedabad.

The Narmada Control Authority had ordered the gates of the Sardar Sarovar Project be shut on June 16 after which the height of the dam was increased from 121.92 metres to 138 metres; storage capacity was raised to 4.73 million cubic metres (MCM) from the existing 1.27 million cubic metres.

The foundation stone for the project was laid in 1961 and the construction began in 1987.

Over 18 lakh hectares of land in the state would be benefited with irrigation as Narmada water will flow to over 9,000 villages of Gujarat through a canal network, Sardar Sarovar Nigam Limited (SSNL) officials said, explaining the paybacks of the project.

While the main and sub canal network work has been completed, work on about 30 per cent of minor canals is still in progress, they said.

The Sardar Sarovar project is the biggest dam in terms of volume of concrete used in it. It is also the second biggest dam in the world after the Grand Coulee Dam in the United States.
The 1.2-km-long dam, which is 163 metres deep has till date produced 4,141 crore units of electricity from its two power houses -- river bed powerhouse and canal head powerhouse -- with an installed capacity of 1,200 MW and 250 MW, respectively.

The dam has earned over Rs 16,000 crore -- more than double the cost of its construction, said a government spokesman. Each gate of the dam weighs over 450 tonnes and it takes one hour to close them. According to the SSNL officials, the power generated from the dam would be shared among three states -- Madhya Pradesh, Maharashtra and Gujarat. About 57 percent of the electricity produced from the dam goes to Maharashtra, while Madhya Pradesh gets 27 per cent and Gujarat gets 16 per cent.

Promoted
Listen to the latest songs, only on JioSaavn.com
The project has been mired in several controversies ever since its foundation stone was laid. The Narmada Bachao Andolan (NBA) led by social activist Medha Patkar has been protesting against the project raising several environmental concerns. In 1996, the construction work was suspended following a stay by the Supreme Court.