Bilateral cooperation in a broad range of areas, including maritime, trade and investment in on PM Narendra Modi's agenda as he visits Indonesia for the first time. 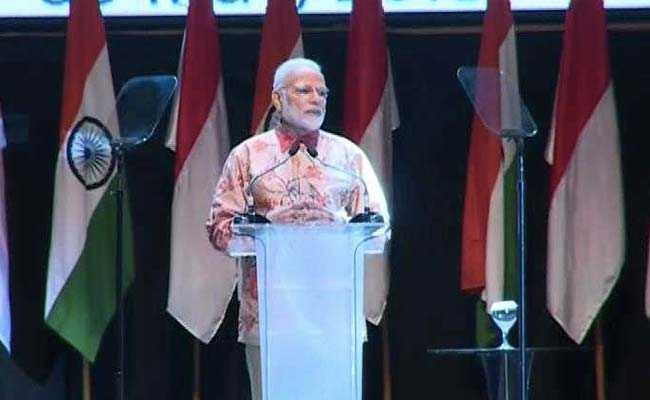 NEW DELHI: Prime Minister Narendra Modi kicked off his three-nation tour to boost India's ties with the southeastern nations - Indonesia, Singapore and Malyasia. As he landed in the Indonesian capital, Jakarta, on Tuesday evening, he tweeted both in English and Indonesian. "Landed in Jakarta. India and Indonesia are friendly maritime neighbours with deep civilisational links. This visit will further the convergence of our political, economic and strategic interests," PM Modi tweeted.

Sharing pictures of Indian community in Jakarta clicking selfies with him, he thanked them for an "enthusiastic welcome" to Jakarta.

PM Modi met Indonesian President Joko Widodo this morning. "This is my first visit to Indonesia as Prime Minister. I am looking forward to my discussions with President Widodo on 30 May, as also to our joint interaction with the India-Indonesia CEOs Forum. I will also address the Indian community in Indonesia," PM Modi said ahead of his visit.

Here are the highlights of PM Modi's visit to Indonesia 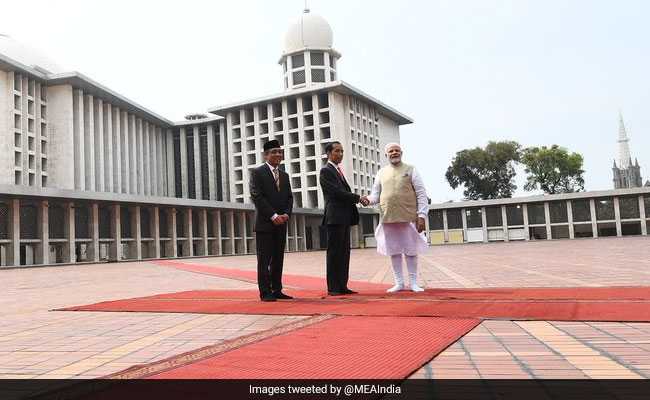 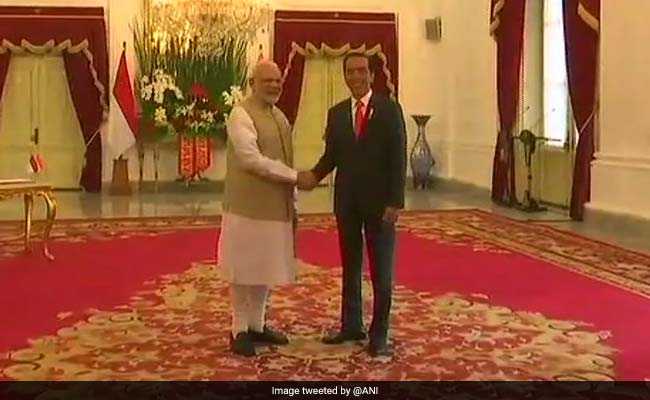 May 30, 2018 09:09 (IST)
PM Modi met Indonesian President Joko Widodo this morning. The meeting is taking place in  Merdeka Palace in Jakarta.
May 30, 2018 08:47 (IST)
Ministry Of External Affairs Spokesperson Raveesh Kumar in a tweet shared pictures of PM Modi's visit to the military cemetery.

Lest we forget...Paying homage to martyrs of Indonesian independence struggle! PM @narendramodi laying wreath at the Kalibata National Heroes' Cemetry and signing the Visitor's Book. @Kemlu_RIpic.twitter.com/BjfVbDVefN

May 30, 2018 08:45 (IST)
PM Modi began his Indonesia visit as he laid wreath at the  Kalibata National Heroes in Jakarta. Over 7,000 people who are military casualties and veterans from Indonesian War of Independence are buried at the cemetery, news agency PTI reported. 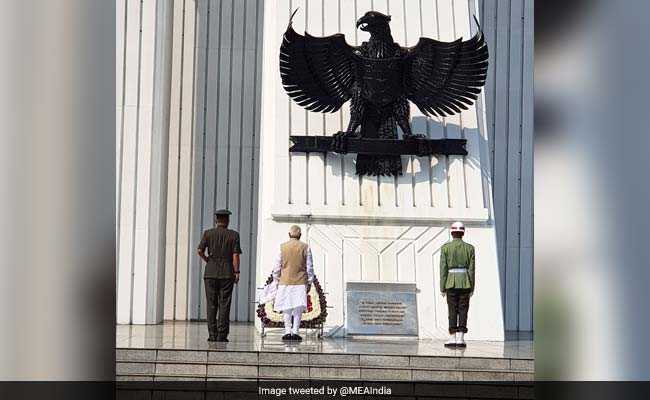 May 30, 2018 07:43 (IST)
After he is officially welcomed at Istana Merdeka at around 8:30 am, according to his schedule, PM Modi will meet the Indonesia President at around 9 am.
May 30, 2018 07:41 (IST)
PM Modi is scheduled to attend wreath laying ceremony at Kalibata National Heroes Cemetery in South Jakarta at 7:45 am IST.
Narendra ModiPM Modi 3-Nation ASEAN TourPM Modi In Indonesia