PM Modi Has Birthday Lunch With Mother, Seeks Her Blessing

Prime Minister Narendra Modi met his mother Heeraben, who lives near Gandhinagar in Gujarat, and sought her blessings this afternoon to mark his 69th birthday.

Heeraben, 98, lives in Raisin village with her younger son Pankaj Modi. In visuals, PM Modi was also seen having birthday lunch with her.

After the birthday lunch, PM Modi met his neighbors before he left from his mother's home.

Despite his busy schedule, PM Modi often visits Heeraben on important days. Soon after winning a massive mandate for a second term in national elections earlier this year, PM Modi met his mother in his home state of Gujarat. 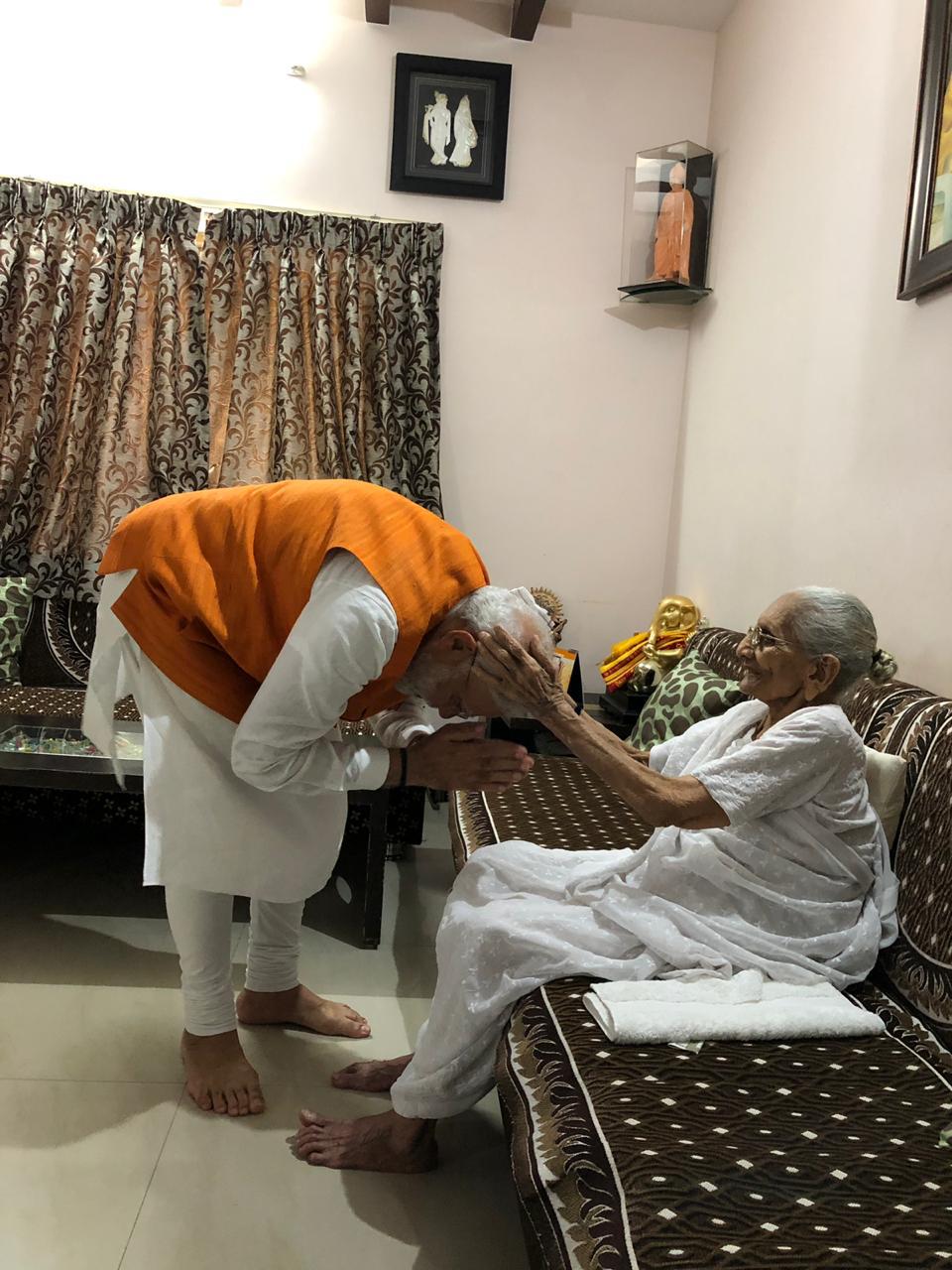 PM Modi seeks blessings from his mother on his 69th birthday.

Heeraben did not attend PM Modi's oath ceremony in Delhi but she watched the event on television and was seen clapping her hands in pride as President Ram Nath Kovind administered the oath, making her son the head of the world's largest democracy for the second time in a row.

Ahead of his 69th birthday, PM Modi landed in Gujarat last night. He flew from Gandhinagar to Kevadia in Narmada district this morning to review programmes and projects including the Statue of Unity and the Sardar Sarovar Dam on the river Narmada.

PM Modi's visit comes as water levels in the Narmada dam, which he inaugurated in 2017, have reached the highest mark of 138.68 metres.

Along with Chief Minister Vijay Rupani, he opened the "Namami Narmade Mahotsav" and offered prayers at the dam site to 'welcome' the water of river Narmada.

He later addressed a public meeting in Kevadia, a town approximately 200 km from Ahmedabad where Statue of Unity is located.

The Sardar Sarovar project is catering to the needs of Gujarat, Madhya Pradesh, Maharashtra and Rajasthan and has benefited people in these four states, PM Modi said.

He also said that Gujarat's success should be the model for the entire country and urged the people of the state to help other states with their experience in improving their quality of life.