The Bihar police, acting on a complaint by Sushant Singh Rajput's father against his friend Rhea Chakraborty, is focusing on allegations linked to money. 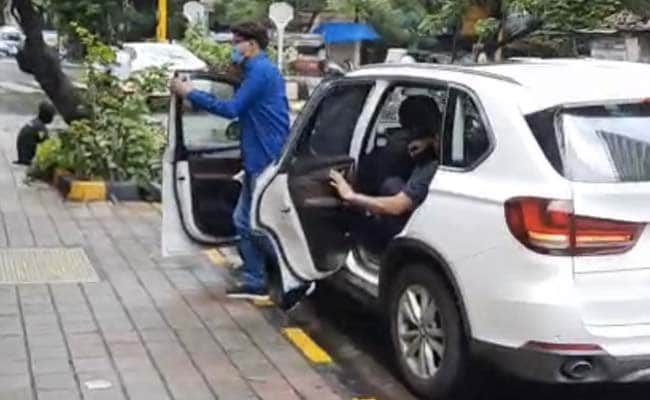 Bihar cops were seen arriving at the Kotak Mahindra Bank in a white BMW car on Thursday.

A police team from Bihar had a late start to the Sushant Singh Rajput death investigations but has refused to let that cramp its groove. In Mumbai for the past three days, the Patna police team has captured attention for its choice of transport.

As it goes around investigating the circumstances of the actor's death - without much cooperation from the Mumbai police because of a turf war, according to sources - the Patna team has been travelling in vehicles ranging from BMWs and Jaguars to auto-rickshaws and bikes.

On Thursday, the Patna cops were seen arriving at the Kotak Mahindra Bank in Bandra in a white BMW car. When the visuals of the police riding in the luxury car went viral online and on channels, the team ditched it on their way back and opted for an auto-rickshaw.

The same evening, the team rode in a Jaguar to the house of Ankita Lokhande, Sushant Singh Rajput's former girlfriend.

The day before, the Patna cops went to the Mumbai Crime Branch office to meet a senior officer. That meeting did not take place but the cops, surrounded by the media, sped off in motorcycles.

The Bihar police, acting on a complaint by Sushant Singh Rajput's father against his friend Rhea Chakraborty, is focusing on allegations linked to money.

Among the family's charges against Rhea Chakraborty is that she transferred money from his account and mentally harassed him.

The Mumbai police have questioned over 40 people including top filmmakers, production houses and actors over allegations that the actor was sidelined because of cliques and nepotism. Rhea Chakraborty was also questioned.

The Bihar Police has adopted the strategy of speaking to those close to the actor, who have made the allegations.

The team from Patna says it is investigating the money trail. Sushant Singh Rajput created two companies with Ms Chakraborty and her brother as directors, the police said. They are checking how money transferred from the actor's account was used. Transactions worth Rs 15 crore are being scrutinized by the Enforcement Directorate, which probes financial crimes, sources have said. The agency has sought details of the police case filed by the actor's father in Bihar.