Sanjay Pathak has termed the demolition as a "politically-motivated malicious action", while the district administration called it a routine removal. 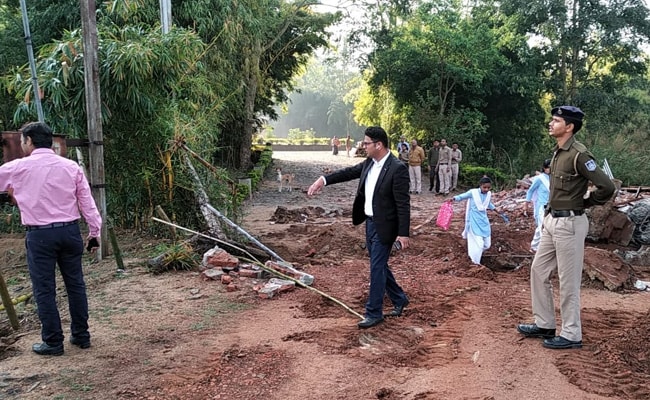 BJP's Umaria district president said that the demolition is an act of vengeance by the state government.

The Umaria district administration on Saturday demolished an encroachment in a resort owned by BJP MLA Sanjay Pathak, who is said to be a key figure in the poaching row in the Congress-ruled Madhya Pradesh.

Notably, the government on Wednesday ordered closure of an iron ore mine owned by Mr Pathak.

While Mr Pathak has termed the demolition as a "politically-motivated malicious action", the district administration called it a routine removal.

"This is a routine encroachment removal. On February 12, Manpur tehsildar had ordered the removal of encroachment at Syna Resort within seven days and imposed a fine of Rs 50,000," said Umaria district collector Swarochish Somvanshi. 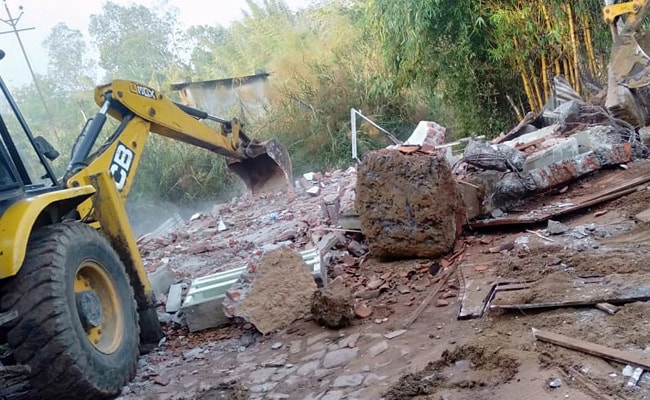 On the basis of that order and subsequent notice served to the resort, the encroachment was removed on Saturday morning, he added. Similar action has also been taken against 10 other resorts and removal of encroachments will continue throughout the day, he said.

Meanwhile, BJP's Umaria district president Manish Singh told news agency PTI that the demolition is an act of vengeance by the state government.

"The Congress government has been conspiring to harass not only the BJP MLAs, but their families, party workers and other leaders as well. This is a murder of democracy," he said.

Madhya Pradesh Congress spokesman Pankaj Chaturvedi, on the other hand, said the action was taken as per law.

"The encroachment on government's land in Bandhavgarh was removed in accordance with law. Similarly, the action taken against Pathak's mines was also as per a Supreme Court order. There is no political vendetta. They (BJP) may cry foul to gain sympathy," he said.

A former Congressman, Mr Pathak had joined the BJP and served as a minister in the erstwhile Shivraj Singh Chouhan government.

In a Tuesday late-night political drama, the Congress claimed the BJP took eight MLAs of the ruling party to a hotel in Haryana as part of a conspiracy to topple the state government.

The BJP has denied the Congress charge that it was attempting to poach MLAs to topple the Kamal Nath government.

According to sources in the Congress, Mr Pathak was one of the key figures allegedly involved in efforts to convince a section of MLAs to change sides.

On Thursday, Congress veteran Digvijaya Singh alleged that Mr Pathak and four other leaders of the BJP were responsible for the alleged poaching attempt.

The Congress had said in Delhi that the BJP had "kidnapped 14 MLAs" to bring down its government in Madhya Pradesh.

In the 230-member Madhya Pradesh Assembly, the Congress has 114 MLAs, followed by the BJP with 107. The simple majority mark in the house is 116.

Four Independent MLAs, two lawmakers of the BSP and one of the Samajwadi Party are providing crucial support to the Congress government. Two seats are currently vacant.