Only 9 Left Kairana Due To Harassment, Say Officials After Probe 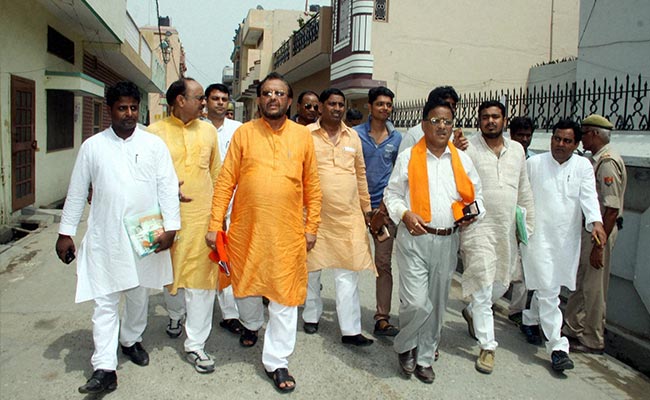 Kairana: Only 9 people of the list of 346 given by local BJP lawmaker Hukum Singh left Kairana due to harassment by criminal elements. That was the conclusion of a district administration team which was in Kairana today to investigate Mr Singh's allegation of a mass exodus from Shamli district due to attacks and extortion, officials said.

A BJP fact-finding team, which was in town too, contradicted its findings.

Going through the list of 346 names released by Mr Singh, the administration team carried out a door-to-door drive, recording the statements of family members regarding the people named in the list.

The larger chunk of names from the list, 279 people, had left Kairana for better job opportunities, the probe concluded. Communal tension was not cited as a reason for migration.

The report contradicts the statement given by the 9-member fact-finding team of the BJP. The team, which reached Kairana this morning, comprised three lawmakers from the state -- Raghav Lakhan Pal, Suresh Khanna, Satyapal Singh- and former Uttar Pradesh police chief Brijlal.

The team visited two families that had lost a member to local extortionist goons in 2014.

"We met several families. Law and order has completely failed in Kairana and Shamli," said Suresh Khanna, who was the leading the team. "The list released by Hukum Singh had 346 names, but after meeting the people, we feel a larger number wants to flee from Kairana."

The team, however, faced criticism for restricting themselves to 5 colonies and not visiting the larger chunk of people named in the list. "We only went to areas where people were free and willing to talk to us," explained Suresh Khanna.

The BJP team is yet to finalise its report. The administration team plans to send its report -- along with 4 CDs of video statements -- to Lucknow by Thursday.