Data for the NPR - intended to be a database of every resident in the country - was first collected in 2010 and updated in 2015. 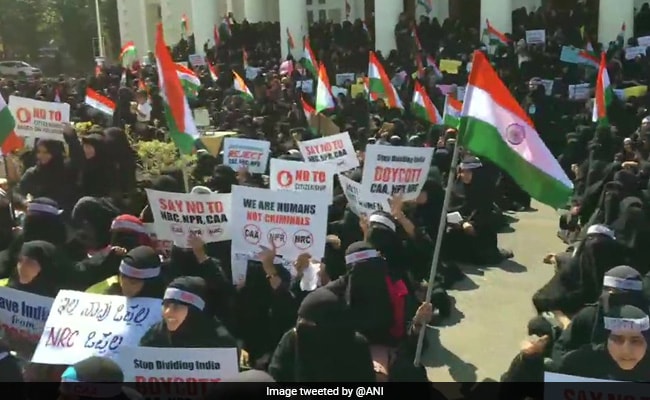 The new NPR form will for the first time also collect information on "mother tongue".

Enumerators who come to collect data for the National Population Register or NPR will not ask for documents to verify the details anyone provides, government sources have said amid growing concern that the list could be used as a foundation for a National Register of Citizens (NRC) meant to identify illegal immigrants.

Data for the NPR - intended to be a database of every resident in the country - was first collected in 2010 and updated in 2015. The Modi government has proposed that the next phase of NPR will be conducted along with the census exercise between April to September 2020.

The decennial census exercise will be conducted in two phases - House Listing and Housing Census from April to September 2020 and Population Enumeration from February 9 to February 28, 2021.

This time, the NPR will include 21 fields including father's and mother's places of birth, last place of residence along with other information like Aadhaar (optional), Voter ID card, mobile phone and driving license numbers. In 2010 and 2015, the exercise involved 14 parameters, sources said.

The new NPR form will for the first time also collect information on "mother tongue".

Amid rising concerns of the data being misused, the state governments of West Bengal and Kerala have told the Registrar General of India that updating the NPR should be stopped for now citing maintenance of "public order".

The chief ministers of the two states have been vociferous in opposing the NPR exercise which according to Citizenship Rules 2003 is the first step towards compilation of a National Register of Citizens (NRC) that many fear, combined with the Citizenship Amendment Act (CAA) could make many Muslims stateless.

However, the government has clarified that there is no proposal to compile an NRC and the CAA is intended to only give citizenship to minorities from Pakistan, Bangladesh and Afghanistan who have fled religious persecution.

States of West Bengal, Telengana and Andhra Pradesh and Union Territories of Ladakh and Puducherry are yet to convey the dates to the RGI to collect NPR data that is to begin on April 1 along with the census exercise. despite notifying the exercise last year, sources said.