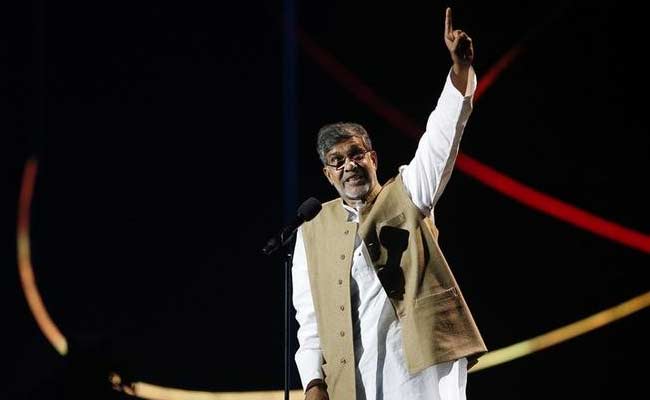 New Delhi: Governments must address human trafficking and slavery in a global development pact later this year, Nobel Peace Laureate Kailash Satyarthi said on Monday, warning that the credibility of humanity was at stake if countries failed to deliver.

United Nations member states aim to agree in September a set of Sustainable Development Goals (SDGs)- targets for making progress and reducing inequality in areas such as poverty, health, education, women's rights and climate change by 2030.

But campaigners like Satyarthi say there is an urgent need for the agreement also to tackle trafficking - the buying and selling of millions of people, many of whom end up in bonded labour as prostitutes, domestic or agricultural workers.

"The SDGs are going to be the future framework for development and the guiding document for development at country level and globally," Kailash Satyarthi, who was jointly awarded the 2014 Nobel Peace Prize with Pakistani schoolgirl Malala Yousafzai, told the Thomson Reuters Foundation in an interview.

"And that's why we cannot miss the very clear mention against slavery. We have been campaigning for quite some time that there should be explicit language to abolish slavery ... the credibility of humanity and the value of freedom in the world is at stake."

Some 36 million people are enslaved worldwide - trafficked to brothels, forced into manual labour or victims of debt bondage - a global index on modern slavery showed in October last year.

Satyarthi, whose charity Bachpan Bachao Andolan (Save the Childhood Movement) is credited with rescuing more than 80,000 enslaved children, said that including trafficking in the final SDG document would force governments to put in place anti-trafficking policies and earmark funds to support them.

Pope Francis and others, including British anti-slavery commissioner Kevin Hyland, have echoed his demands.

Despite being illegal, human trafficking and bonded labour have worsened in the last 15 years as cheap transport, the internet and globalisation have enabled criminals to move people easily for the purposes of exploitation, campaigners say.

Satyarthi said all he wanted was for the agreement to call explicitly for action against slavery and trafficking, saying these were minor additions to the text that it was not too late to demand.

"I know that you cannot delete many things from the final draft of the SDGs. So you can play with some words here and there, to be very practical and pragmatic," he said, admitting that most governments did not consider it a top priority.

"So we have to find strong allies in the governments - even for two or three words to be incorporated into it."

The 61-year-old follower of Gandhi said he had been lobbying U.N. Secretary-General Ban Ki-moon, US President Barack Obama and other world leaders to back his effort to ensure that slavery was addressed in the SDGs.

"I have brought this issue to President Obama very specifically and he agrees in principle that this is a very serious issue. So I have asked him to support it when it comes in September," Satyarthi said.

"I've also spoken to a number of world leaders. So far, nobody is saying no to it, but the real test will come in September. This is something which can be done. I am quite hopeful about it."
© Thomson Reuters 2015