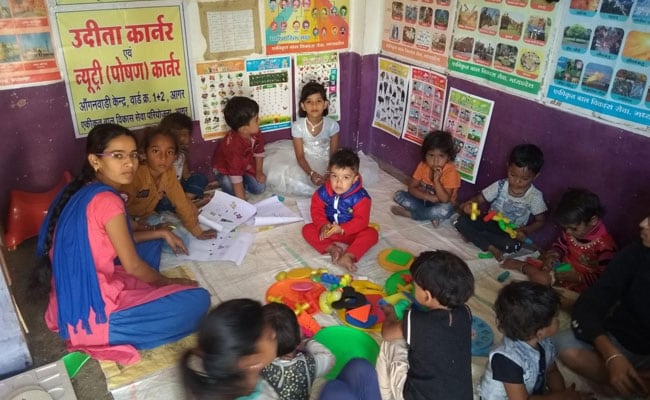 Each Anganwadi centre was allotted Rs 100 to celebrate Children's Day.

The Women and Child Development department in Congress-ruled Madhya Pradesh allotted Rs 100 each to the 95,000 Anganwadi Centers to celebrate Children's Day on Thursday.

The WCD department issued a circular on November 4 (a copy of which is with The NDTV) stating that each of the Anganwadi centers in the state was allowed to spend Rs 100 for the Children's Day programme.

Out of the Rs 100 permitted for each Anganwadi centre, Rs 50 was allocated for Bal Rang Fairs, the order said.

Aanganwadi workers have expressed their unhappiness over he grant, but claimed that the they somehow managed to organise these events. Savita, who works at an anganwadi centre, said that some of the staff had to contribute money to ensure the event does not get affected due to the budget constraint.

The state BJP has also hit out at the Kamal Nath government. "Allocating Rs 100 for each Anganwadi centre is like making a mockery of these centers and lakhs of kids enrolled there," state BJP spokesperson Rahul Kothari said.

The state Congress, meanwhile, accused the BJP of politicing the issue. "During the BJP rule, then government allowed just Rs 50 for being spent on auspicious occasions, we're allowing more than that," Congress spokesperson Syed Jafar said.