In A First, Nitish Kumar To Share Stage With PM For Bihar Campaign Launch

PM Modi and Nitish Kumar have shared stage at various government functions, but this will be the first time they will come together in a political arena

The launch of the NDA campaign for the Lok Sabha elections in Bihar will witness a political first: Bihar Chief Minister Nitish Kumar will share stage with Prime Minister Narendra Modi for a grand rally. The announcement by the Chief Minister at a party meeting on Sunday came in the backdrop of a strong opposition challenge led by Tejashwi Yadav for the state's 40 Lok Sabha seats. Over 20 parties, large and small, have so far joined the opposition camp.

The mega rally of the BJP, Mr Kumar's Janata Dal United and Ram Vilas Paswan's Lok Janashakti Party will be held in Patna. The date is yet to be decided, but BJP sources said it could be either February 24 or March 3.

The surprise announcement by the Chief Minister has raised eyebrows. PM Modi and Nitish Kumar have shared stage at various government functions, but this will be the first time they will come together in a political arena.

The two leaders have not been known for their bonhomie.

In 2013, Mr Kumar had broken away from the NDA when it pitched Mr Modi - then the Chief Minister of Gujarat - as its Prime Ministerial candidate. 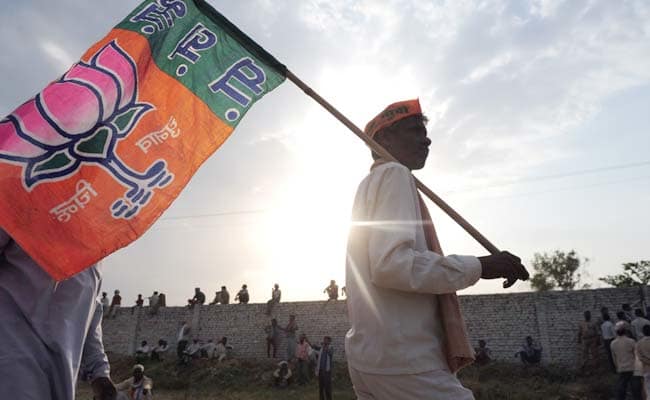 The mega rally of the BJP, Mr Kumar's Janata Dal United and Ram Vilas Paswan's Lok Janashakti Party will be held in Patna

Even before that, just after the 2002 Gujarat riots, Mr Kumar had made it clear to the BJP's central leadership that he did not want Mr Modi to campaign in Bihar - a condition which was complied  with in 2005 and 2010 assembly elections and the 2009 parliamentary elections.

After Mr Kumar formed the Grand Alliance with the Congress and Lalu Yadav in the run-up to the assembly elections, the two leaders have been engaged in sharp political attacks against each other.

PM Modi's barbs on the state's law and order and Mr Kumar's political DNA had provided the alliance campaign some much-needed boost ahead of the elections. Mr Kumar had portrayed it as a matter of injury to Bihar's pride. Thereafter, he became one of the sharpest critics of the Prime Minister in the opposition camp.

Mr Kumar's return to the BJP in 2017 did not have all his desired results - the Prime Minister had refused to give special state status to Bihar.

But the two leaders had projected cordiality. On many occasions, Mr Kumar had gone to the airport to receive the Prime Minister, who reciprocated by praising the Chief Minister's implementation of prohibition in the state.

Till a few months ago, their parties have been fighting for an equal share of seats and the knotty question of who will be the face of the NDA campaign in Bihar. The BJP had to give in on both questions.