Election 2019: PM Modi claimed that to protect the image of the government and to spare Jawaharlal Nehru, the media, too, suppressed the news of the 1954 Kumbh Mela stampede. 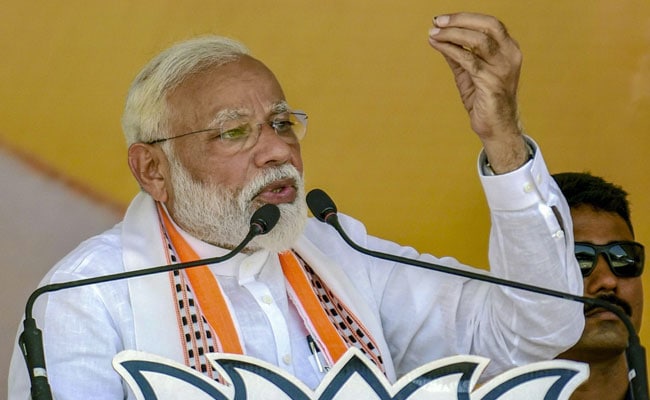 This is not the first time PM Modi has targeted Jawaharlal Nehru, one of Congress' tallest leaders

Prime Minister Narendra Modi today accused the Congress and Jawaharlal Nehru, India's first prime minister, of "insensitivity" as he addressed a rally in Uttar Pradesh's Kaushambi. He was trying to draw a contrast between the handling of the Kumbh Mela by his own party BJP and the Congress.

Praising the arrangements by the Uttar Pradesh BJP government for this year's Kumbh Mela, PM Modi referred to a stampede in 1954 at the religious gathering in Allahabad when Jawaharlal Nehru was Prime Minister.

"When Pandit Jawaharlal Nehru was prime minister, thousands of people were killed in the Kumbh stampede in Allahabad," PM Modi said at the public meeting in Kaushambi.

The prime minister claimed that to protect the image of the government and to spare Jawaharlal Nehru, the media, too, suppressed the news. "The stampede victims' families' names were never mentioned and not a single rupee was given to them (as compensation)... It was insensitivity and this sin was committed by the country's first prime minister," PM Modi said.

This is not the first time the Prime Minister has targeted Nehru, an icon of India's freedom movement and one of the Congress's tallest leaders.

In December, while campaigning in Rajasthan for state elections, PM Modi said at a rally: "Those who went around wearing a rose had the knowledge of gardens but did not know about farmers or farming, because of which the community faced hardship." He did not name Nehru, who was famous for wearing a rose.