The authority is awaiting a final installment of 200 million rupees ($2.8 million) over the next two years from the Indian Railway Board, said Manas Sarkar, managing director at Kolkata Metro Rail Corp.. 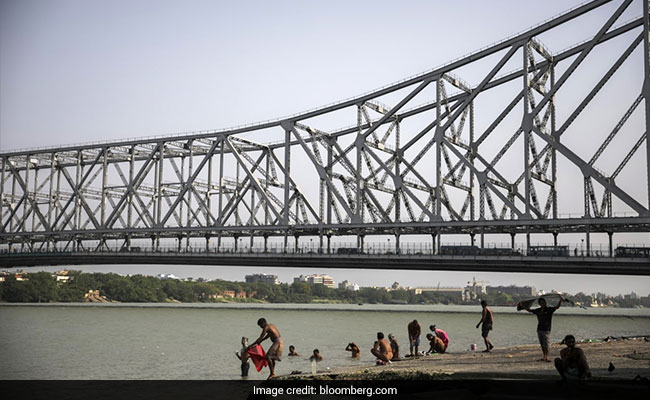 Kolkata Metro Rail Corp. expects to complete its East-West project, which runs partly under the city's iconic Hooghly river, by March 2022 after a delay of several years doubled costs.

The authority is awaiting a final installment of 200 million rupees ($2.8 million) over the next two years from the Indian Railway Board, said Manas Sarkar, managing director at KMRC. A soft loan of 41.6 billion rupees from Japan International Cooperation Agency helps fund 48.5% of the project.

India's oldest metro, which started in 1984 with a North-South service, was due to expand by 2014 but faced problems including squatters on the planned route. These issues have contributed to the total project cost rising to about 86 billion rupees for some 17 kilometers from 49 billion rupees for 14 km.

"About 40% of total transport demand will be tackled by these two metro services," Sarkar said in an interview at his office in Kolkata. "It will be a relief for environmental pollution and the city should be much more decongested."

The new line is expected to carry about 900,000 people daily, -- roughly 20% of the city's population -- and will take less than a minute to cross a 520-meter underwater tunnel. Depending on the time of day, it takes some 20 minutes to use the ferry and anywhere upward of an hour to cross the Howrah bridge.

KMRC will repay the JICA loan over 30 years after an initial six-year moratorium. The interest rate is between 1.2% to 1.6%. The East-West metro project is 74% owned by India's Railway Ministry and 26% by the nation's Ministry of Housing and Urban Affairs.

(Except for the headline, this story has not been edited by NDTV staff and is published from a syndicated feed.)
Comments
Kolkata MetroIndia's First Underwater MetroUnderwater Metro