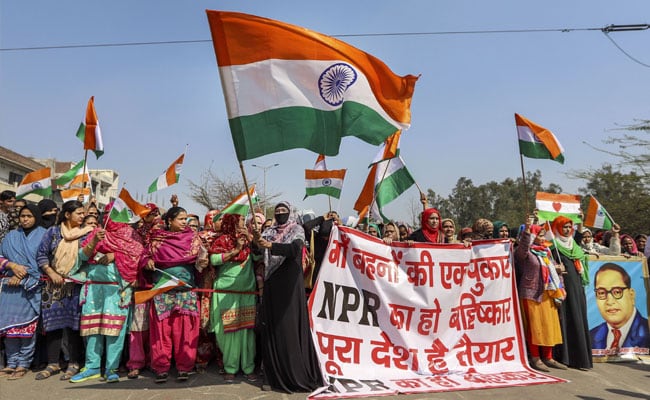 Shaheen Bagh has become the epicentre of protest against the Citizenship Amendment Act.

Taking a swipe at anti-Citizenship Amendment Act protesters at Delhi's Shaheen Bagh, Kerala Governor Arif Mohammad Khan on Sunday said their agitation is not an expression of the right to dissent, but "an attempt to impose views on others".

"Some people have decided to take the law into their hands and disrupt normal life," he said on the sidelines of a conference in Panaji.

Asked about protests in various parts of the country against the CAA, Mr Khan said that even in 1986 there were lakhs of people who were opposed to the Supreme Court's Shah Bano judgment being reversed.

"But was it justified on my part to say that I am going to sit in (in protest) till the law is withdrawn," said Mr Khan, who had in 1986 walked out of the Rajiv Gandhi Cabinet over the issue.

Mr Khan said one can have a dialogue with somebody who is expressing an opinion but it is difficult when protesters  refuse to budge.

"When you have this attitude that only I am right, then dialogue is not happening. Dialogue happens when you are open to listening. Here, it is being asserted forcefully that we will not get up unless this law is withdrawn. The government is not going to decline dialogue if somebody comes," Mr Khan said.

On the Kerala government passing a resolution against the CAA, he said the matter will be decided by the court. "It is for the court to decide whether the government can come to it without clearance from the governor," Mr Khan said.