"You Could Be From RSS, BJP": Akhilesh Yadav Asks Doctor To Leave Ward 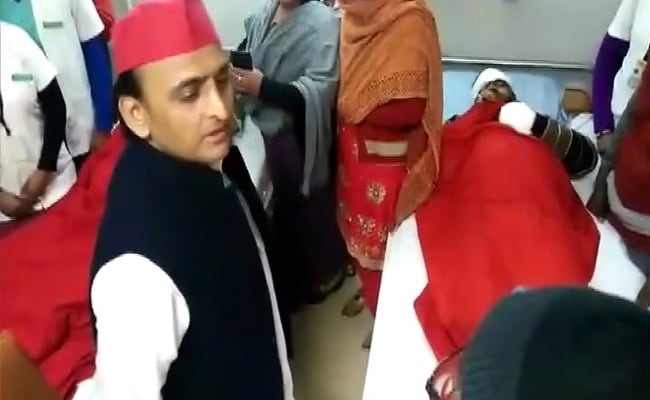 Samajwadi Party leader Akhilesh Yadav has been caught on video lashing out at an on-duty doctor at a government hospital in Uttar Pradesh's Kannauj district on Monday, saying "you could be from the RSS... you could be from the BJP... you don't have to explain to me what they are saying". The former Chief Minister was visiting patients and family members, admitted after a road accident last week left at least 20 people dead, when the confrontation took place.

In a video of the incident, shared online by news agency ANI, Mr Yadav can be seen interacting with family members who raise the question of compensation when the doctor intervenes and is told off.

#WATCH Former CM Akhilesh Yadav who went to meet injured of Kannauj accident, at a hospital in Chhibramau asks Emergency Medical Officer to leave the room as he speaks about compensation amount been given to the injured,says, "Tum sarkar ka paksh nahi le sakte...bahar bhaag jao". pic.twitter.com/U3DrdHI1se

The Samajwadi Party leader seemed to take objection to the doctor interrupting while a family member of one of the accident victims claimed not to have received any compensation from the state.

"You are a very junior officer... a very small worker. You could be from the RSS... you could be from the BJP. You can't tell me what they are saying... you don't have to speak on behalf of the government. Step back... step further back. Go away from here..." he declares.

The doctor - Emergency Medical Officer DS Mishra - was later quoted by ANI as saying he had tried to correct the family member's claim over not receiving compensation.

"I was standing there because I am their attending officer. When the patient's family members claimed that they did not receive their compensation, I tried to clarify that they have received the cheque," Dr DS Mishra said, adding Mr Yadav had ordered him to leave even though he was on emergency duty. 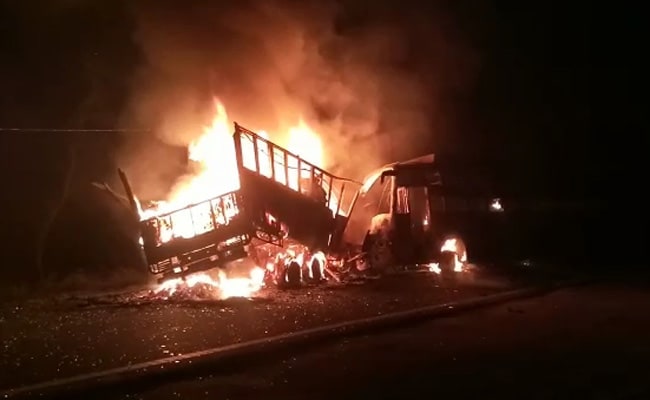 Kannauj Bus Fire: At least 21 passengers have been rescued and taken to hospital

Akhilesh Yadav's Samajwadi Party has announced compensation of Rs 20 lakh to the family of those who died in the accident.

Earlier Chief Minister Yogi Adityanath announced Rs 2 lakh compensation for next of kin and Rs 50,000 for those who had suffered grievous injuries.

At least 20 people were killed on Friday after a bus carrying 46 passengers collided with a truck and caught fire. It took four fire engines about 40 minutes to douse the blaze and the rescued people - around 21 - were taken to a government-run hospital in the city.

An eyewitness said the bus was packed to capacity when the accident took place.

"There were many travellers. Only 10 to 12 could get out of the bus. The bus was absolutely packed. Other than the 10 to 12 who could get off the bus, everyone else was inside," the eyewitness said.

The Yogi Adityanath government has directed officials to ensure proper treatment of the injured.