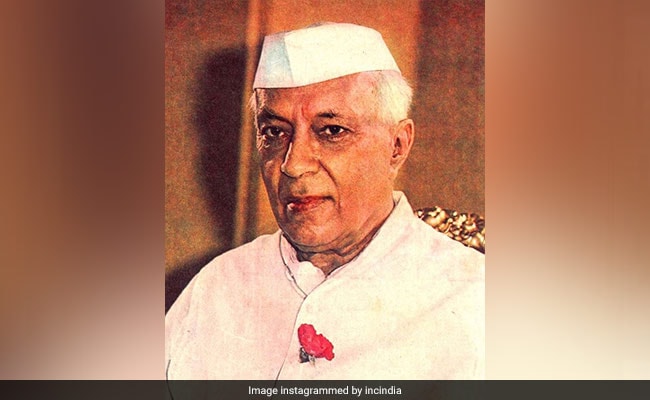 Jawaharlal Nehru was sworn-in on August 15, 1947, as the first prime minister of India.

Congress leader Rahul Gandhi on Wednesday paid tribute to former Prime Minister Pandit Jawaharlal Nehru on his 56th death anniversary and recalled him as "a brave freedom fighter and the architect of modern India".

Remembering his great grandfather, Mr Gandhi tweeted, "Pandit Jawaharlal Nehru Ji was a brave freedom fighter, the architect of modern India and our first Prime Minister. A visionary, he is immortalised in the world-class institutions he inspired, that have stood the test of time. On his death anniversary, my tribute to this great son of India."

Jawaharlal Nehru was born on November 14, 1889 in Allahabad. In 1919, he joined the Indian National Congress and joined Mahatma Gandhi in the independence movement. He became the General Secretary of the All India Congress Committee in September 1923.

He was sworn-in on August 15, 1947, as the first prime minister of India when the nation gained independence from the British empire. Serving till his death on May 27, 1964, Nehru remains India's longest-serving Prime Minister.