Raghubar Das reiterated BJP will achieve its target of winning 65- plus seats in the ensuing Assembly elections. 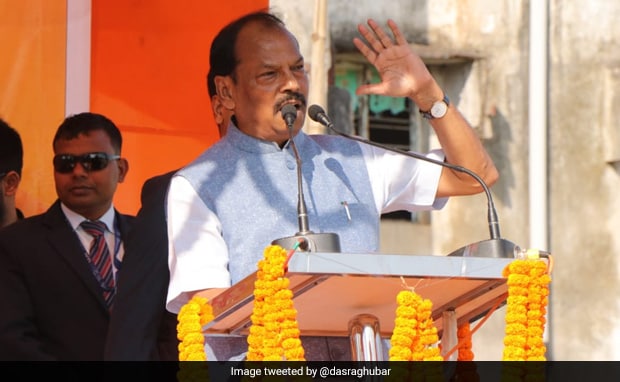 BJP will achieve its target of winning 65- plus seats in Jamshedpur polls: Raghubar Das

Jharkhand Chief Minister Raghubar Das on Monday expressed confidence that he would notch up a historic win from Jamshedpur (East) seat following his five years of developmental works in the state.

He reiterated BJP will achieve its target of winning 65- plus seats in the ensuing Assembly elections.

"I have full faith in the people of my constituency and I am very much confident that I will win with more than 1 lakh votes than the last election margin of 70,000," Mr Das said, without mentioning his opponent Saryu Roy, who is contesting as an Independent candidate from the same constituency.

Both Mr Das and Saryu Roy filed papers from the Jamshedpur (East) seat during the day. The constituency will go to vote on December 7.

Raghubar Das has been winning the seat since 1995. Roy who held Food, Public Distribution and Consumer Affairs portfolios in Das cabinet tendered his resignation on Sunday night and announced that he would contest against the cm.

"The BJP will achieve its target of 65-plus seats in the ensuing assembly election," he said.

"The involvement of hardworking party workers during my nomination indicated that BJP has achieved its first moral victory. It will be a historic victory from Jamshedpur (East) as I have very much confidence in the people of the constituency," he said.

Asserting that the people would vote for the BJP following the development works and good governance in the last five years, Raghubar Das said the BJP had won 14 assembly constituencies in the Kolhan region in the last polls, "showing the BJPs strength in the region and in the state".

Our government has provided basic facilities such as roads, electricity and water, which were ignored since Independence. Unlike the first 14 years of the states creation fearfulness, criminal activities and Naxalism, our government has developed the state, making it free from fearlessness, criminal activities and Naxalism, Mr Das said.

"Due to bad governance, Jharkhand had witnessed a number of scams during the first 14 years of the states creation and middlemen played a role in it. Our government successfully kept the middlemen at bay during the last five years," Mr Das said.

The five-phase elections to the 81-member state assembly will be held from November 30 to December 20 and the counting takes place on December 23.