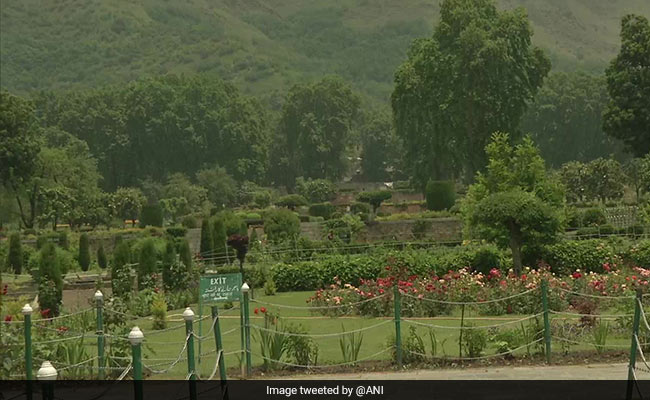 The Jammu and Kashmir administration has started preparing a dossier on the six Mughal Gardens in the Kashmir Valley in a bid to empanel them in the list of United Nations Educational, Scientific and Cultural Organisation (UNESCO) mandated world heritage sites.

Locals are expecting that this consideration will boost tourism in the Kashmir Valley.

The administration is keenly interested in the development of Mughal gardens. Recently, Lieutenant Governor of Jammu and Kashmir (UT) Manoj Sinha issued orders on the upgradation of restoration work of the six Mughal Gardens including Nishat, Shalimar, Cheshmashahi, Pari Mahal, Achabal and Veerinag.

Mr Rather said, "With the help of Indian National Trust for Art and Cultural Heritage (INTACH) survey experts of UNESCO visited the valley to see the heritage value of Mughal gardens. Later in 2011, six of these gardens were in the tentative list of Heritage sites presented by the UNESCO."

"Currently, the Jammu and Kashmir administration with a consultation team is preparing a dossier which will be presented to the UNESCO," said Rather.

On being asked about its benefits, Mr Rather said, "These gardens are part of our heritage and we have to preserve the same at any cost."

"After the historical Mughal garden makes it to the UNESCO's heritage site list, it will attract a lot of tourists. Eventually, this will boost the tourism industry here," Mr Rather added.

Niyaz Ahmad Bhat, a local appreciated the steps taken by the administration. Mr Bhat said, "It is a great step by the Jammu and Kashmir administration.

"Getting consideration from UNESCO will help in boosting the economy in Srinagar," he added.

Gopinath Tiwari, a tourist on his third visit to Srinagar said that he comes to the Valley to visit various tourist spots. "It is always good to visit Heritage Mughal Garden every year," Mr Tiwari said.

"It will be good for the people here if Heritage Mughal garden gets UNESCO''s consideration," Mr Tiwari added.

Speaking on the issue, Mohamad Ayoub, another local said, "These gardens should be given UNESCO's consideration. We are proud of our culture."

"It is a matter of joy for us when tourists visit the Union Territory," Mr Ayoub said.