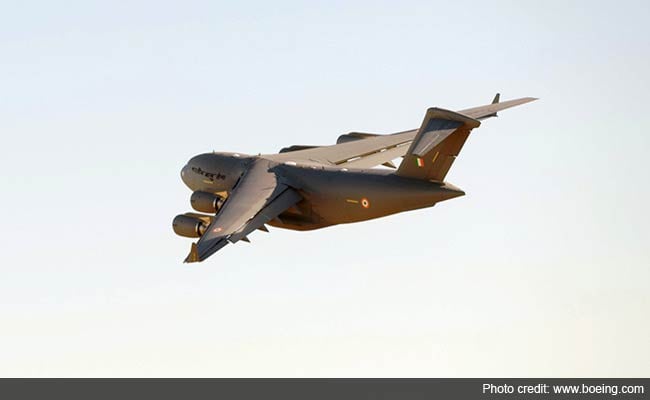 India has sent a total of five ships and four planes to evacuate about 4000 Indian nationals stranded in civil war-torn Yemen. Minister of State for Foreign Affairs, General VK Singh is presently in Djibouti to oversee the evacuation efforts.

The aircraft being used for the evacuation will have a three-hour window in which they have been assured passage in and out. Prime Minister Narendra Modi had spoken to Saudi Arabia's King Salman bin Abdul Aziz Al Saud last night, during which he was assured of all help to get stranded Indian nationals out of Yemen.

Two passenger aircraft from Air India would be involved in the evacuation efforts. While one has been positioned in Oman, the other, AI-312, would fly in from Muscat. It would fly through Saudi Arabian airspace, which is closed to India's military aircraft, to the Yemeni capital, Sana'a, which is safe for civilian flights.

Two of the Indian Air Force's C-17 Globemaster transport planes have been position in Djibouti, on the African coast across the Red Sea. They can carry 180 people each. After evacuating people back to Djibouti, the Globemasters are to fly to two destinations in India - Mumbai and Kochi.

Two ships of the Shipping Corporation of India - Kavaratti and Coral - have also sailed out of Kochi to bring back stranded Indians. They are to evacuate Indians from the Al-Hudaydah port on the Yemen's west coast to Djibouti. They can carry about 200 people each.

Promoted
Listen to the latest songs, only on JioSaavn.com
The Indian Navy's destroyer INS Mumbai and stealth frigate INS Tarkash have sailed out of Mumbai, to join the offshore patrol vessel INS Sumitra, which is already in the region, in the evacuations operations.

The Centre has so far already conducted evacuations of stranded Indians from Yemen. About 400 people were taken by ship from the Yemeni port city of Aden to Djibouti, on Africa's east coast across the Red Sea, and then flown to India.