Read inOther Languages
This Article is From Oct 27, 2019

Sonia Gandhi alleged PM Modi's government went back on its 2018 promise of 50 per cent MSP over input cost. 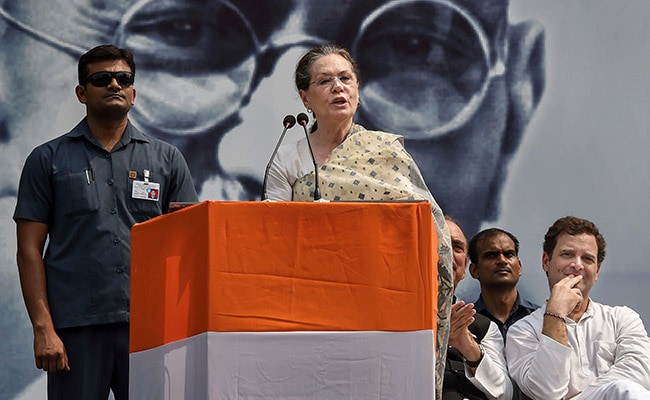 Farmers are being forced to observe "black Diwali" as they are selling their crops at prices significantly lower than the government's minimum support price (MSP), Congress chief Sonia Gandhi said in a statement on Saturday. She demanded farmers get fair prices for their crops. "This would be the real Raj Dharma (duty) of the government," she said.

MSP is the price at which the government procures crops.

Mrs Gandhi, in a statement on Diwali eve, alleged Prime Minister Narendra Modi's government went back on its 2018 promise of 50 per cent MSP over input cost, saying farmers are being exploited by a few middlemen.

Claiming that the Kharif crops are being sold at prices 22.5 per cent  lower than the MSP, she said the practice will result in a loss of Rs 50,000 crore to farmers.

"The way crops are being sold at an average 22.5 per cent below MSP, it alone will result in Rs 50,000 crore loss to farmers. Who will pay for it?" she said.

"The BJP government had laid the foundation of betrayal of farmers soon after coming to power," she said.

Mrs Gandhi slammed the centre for levying good and services tax on farming equipment and increasing diesel prices, saying its decisions are a "double blow" to farmers.

"On one hand, the BJP-led government has imposed 4 per cent GST on fertilizers, 12 per cent on agriculture equipment and 18 per cent on pesticides, which has put an unnecessary burden on the farmers, on the other the price of diesel is rising constantly," she said.

"The Indian National Congress demands that the double exploitation of farmers should end and they should get a fair price for their hard work. This is the real Raj Dharma (duty) of the government," she added.

During the recently concluded Maharashtra assembly election, Mrs Gandhi's party had attacked the centre over farmer suicides in the state. Congress leader Rahul Gandhi had alleged in several rallies that PM Modi was more inclined towards helping industrialists than farmers.

The government last week hiked the minimum support price for wheat by Rs 85 to Rs 1,925 a quintal and for pulses by up to Rs 325 per quintal.

A decision in this regard was taken at a meeting of the Cabinet Committee on Economic Affairs, headed by Prime Minister Narendra Modi.