Heat Wave Kills Over 1,100 in Andhra Pradesh and Telangana 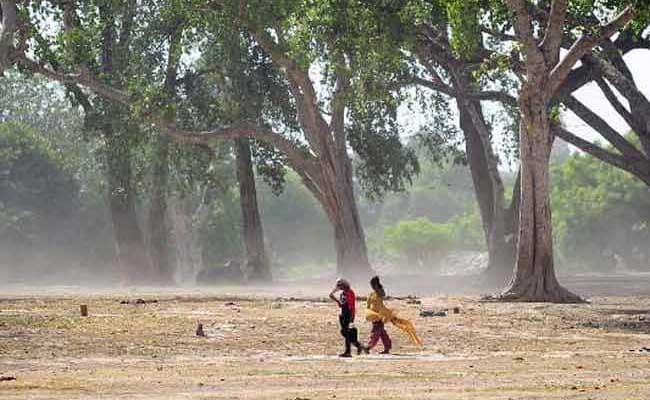 1,100 people have died in a severe heat wave in Andhra Pradesh and Telangana

New Delhi: An intense heat wave that has swept across India has killed over 1,100 people in Andhra Pradesh and Telangana in 10 days.

In the rest of the country, there have been some 20 deaths.

In Andhra Pradesh, 852 people have died and in Telangana, there have been 269 deaths. Most of the deaths have been in the past week, when the temperature has not dipped below 45 degrees.

Khammam in Telangana is enduring the hottest summer since 1947. The temperature here is nearly 47.6 degrees.

The meteorological department has predicted rain and thundershowers, so parts of these states may get some respite.

Around 100 have died just in Guntur district of Andhra Pradesh, Special Commissioner for Disaster Management Tulsi Rani said. But the monsoon is still far away -- the first showers expected in the Kerala coast by the end of this month.

"The state government has taken up education programmes through television and other media asking people not to venture outside without a cap, to drink water and take other measures," she said.

"We have also requested NGOs and government organisations to open up drinking water camps so that water will be readily available for all the people in the towns."

In Telangana, 73 have died in Nalgonda. Most deaths have been reported from the districts of Khammam, Mahabubnagar, Medak, Karimnagar and Adilabad.

Large parts of India have endured days of sweltering heat.

The temperature is hovering between 45 and 47 in states like Rajasthan and Odisha.

Delhi recorded 45 degrees Celsius -- 0.5 degrees less than Monday, which was the hottest day till now this season. A picture on social media showed a "melting road" in the capital.

Promoted
Listen to the latest songs, only on JioSaavn.com
Sweltering conditions also prevailed in Maharashtra, Uttar Pradesh, Punjab, Madhya Pradesh and West Bengal - with the temperature hovering around 45 degrees Celsius.

Seven deaths were reported from Gujarat, all in Ahmedabad. An 'orange alert' has been issued in the city, with the temperature expected to shoot up to 43 to 45 degrees over the next seven days.