"Bed-nurse ratio for NICU and PICU was 10:1 and 6:1 respectively against the norm of 2:1." the central team's report said. 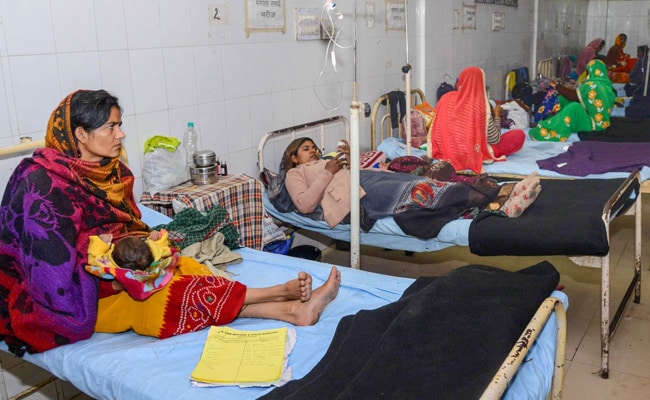 The central team which visited a Kota hospital, where more than 100 children died in December last year, found many of the equipment at the health facility non-functional and the number of beds inadequate, the Health Ministry informed Parliament on Tuesday.

Replying to a question in Rajya Sabha, Minister of State (MoS) for Health Ashwini Choubey said the central team in its report on the JK Lone Hospital and Medical College in Rajasthan found that out of 100 deaths reported in the hospital, 70 were in Neonatal Intensive Care Unit (NICU) and 30 in Paediatric Intensive Care Unit (PICU).

"Majority of neonates who died were low birth weight and 63% died in less than 24 hours of admission. Majority of the death cases were referred cases from district hospital Bundi and district hospital Baran. The bed occupancy rate of NICU was 125 % and PICU was 186 % resulting in sharing of beds."

"Bed-nurse ratio for NICU and PICU was 10:1 and 6:1 respectively against the norm of 2:1. Many of the equipment in the hospital were non-functional and there was no equipment maintenance policy," the report said.