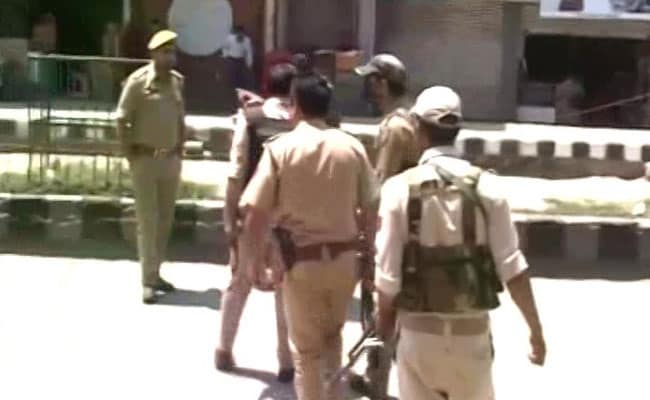 Two policemen were shot and killed near a bus stand in Anantnag.

This is the third terror attack on security forces and police in the area in the last 9 days.

The injured have been shifted to a hospital where condition of two policemen is said to be critical.

Police sources say terrorists opened fire on a police party at Banigam village, 15 km from Anantnag town. The cops had gone to the village to investigate a land dispute. They were attacked on their way back.

The terrorists managed to escape after the attack.

On June 4, two policemen including an officer were killed in a terrorist attack in a busy market place in Anantnag. Earlier, three BSF personnel were killed and seven others were injured when terrorists attacked their convoy at Bijbehara.

Anantnag is scheduled to go to poll on June 22 and chief minister Mehbooba Mufti is contesting from the town.

Mehbooba Mufti, who took over as Jammu and Kashmir chief minister two months ago, has to be elected to the state legislature within a mandatory 6 month period.

The attacks are likely to impact the election process as separatist groups have called for an election boycott in the area.
Comments
Anantnag AttackTerror Attack In AnatnagKashmir Terror