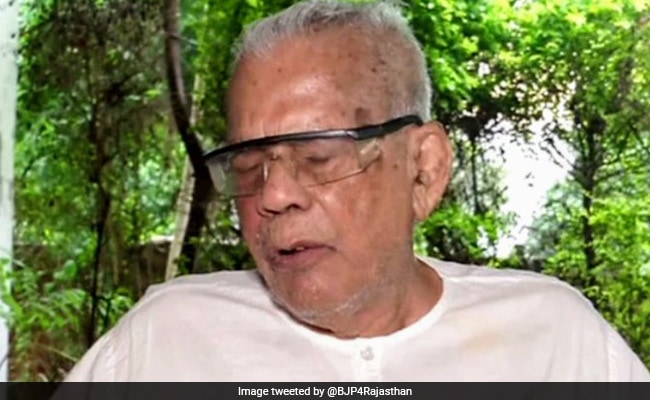 BJP state president Satish Poonia consoled Mr Sharma's family members at his residence and said the death is a personal loss for him and the party.

Mr Poonia said Bhanwar Lal Sharma had a major contribution in the development of the state and in strengthening the party.

He believed in simplicity and never used a government bungalow or car while he was an MLA and minister, he said.