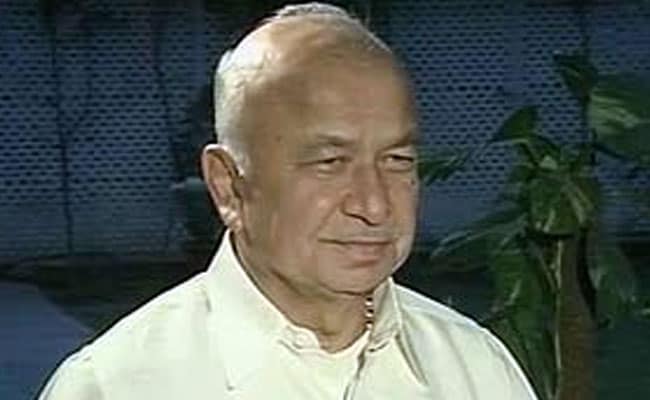 "I never used the word Hindu terrorism in Parliament. I had used it in the Jaipur session of Congress but I withdrew it immediately," he told reporters on the sidelines of a function in Pune.

Mr Shinde's statement came in the backdrop of the claim by Union Home minister Rajanth Singh who said the government's fight against terrorism got weakened after the use of the word by the UPA government.

Mr Shinde said the NDA government was trying to divert attention from its own "inaction" in handling terrorism in the wake of the Gurdaspur attack.

Yesterday, Mr Singh, after making a statement in the Lok Sabha on the July 27 attack had said that the previous UPA government had coined the term "Hindu terrorism", to change the course of probe into the incidents of terrorism while accusing the Congress of weakening the fight against terror.

Mr Shinde alleged that terrorism in the country got a boost after the hijacking of the flight to Kandahar (leading to release of some terrorists) during the NDA rule.

Mr Shinde alleged that terrorists got emboldened during the NDA rule and not during the UPA, because of the "inaction" on part of the NDA government.

The former Home minister also commented that the decision on the hanging of the 1993 Mumbai bomb blasts convict Yakub Memon should not have been made public.

"When the terrorists killed people did they make a public announcement in advance?", he asked.

The 26/11 Mumbai attack convict Kasab was hanged to death in the Pune central jail during Shinde's tenure as the Home Minister. The government announcement on it came after carrying out the death sentence in utmost secrecy.