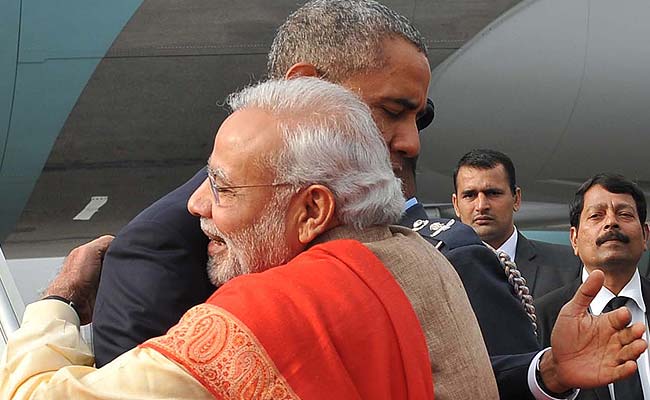 The government today responded to US President Barack Obama's comments on religious intolerance in India with a sharp jibe. "The best example of India's tolerance was the Dalai Lama sitting next to Obama," union minister Arun Jaitley said.

President Obama, who attended India's Republic Day celebrations, said while addressing an annual prayer breakfast in Washington, "Michelle and I returned from India -- an incredible, beautiful country, full of magnificent diversity -- but a place where, in past years, religious faiths of all types have, on occasion, been targeted by other peoples of faith, simply due to their heritage and their beliefs -- acts of intolerance that would have shocked Gandhiji, the person who helped to liberate that nation."

The Dalai Lama was seated at a table near the President, who greeted him but did not directly speak to him. China bristles at world leaders meeting with the exiled Tibetan leader, who has been staying in India since 1959.
"India has a huge history of tolerance. Any aberrations don't alter India's history of tolerance," Mr Jaitley said on President Obama's comments, which had the ruling BJP's political opponents taking digs at Prime Minister Narendra Modi.

Arvind Kejriwal, the chief of the Aam Aadmi Party, quipped, "I think Mr Modi will answer this, they are very good friends."

Congress leader Manish Tewari said in an acerbic tweet: "Did the Prime Ministerial Tea reinforce Barrack's understanding of the revival ism & intolerance intrinsic in the BJP govt Another stinker? (sic)"
President Obama's words have been seen as a significant follow-up to his appeal for religious freedom on the last day of his India visit.

"India will succeed so long as it is not splintered on religious lines," he said in Delhi, adding, "Nowhere is it more important to uphold religious freedom than in India."

Many interpreted it as a critique of the Modi government, which has been accused of not reining in individuals and groups seen to promote a pro-Hindu agenda.

Promoted
Listen to the latest songs, only on JioSaavn.com
The White House, however, said the speech had been misconstrued as a kind of a parting shot.

"I think that's been somewhat misconstrued, if you look at the context of the entire speech, it's really about inclusivity. It's about the power of diversity," Phil Reiner, White House's senior director for South Asian Affairs said.
Comments
ObamaObama India visitObama in IndiaPM Narendra ModiAAPBJPArun Jaitley