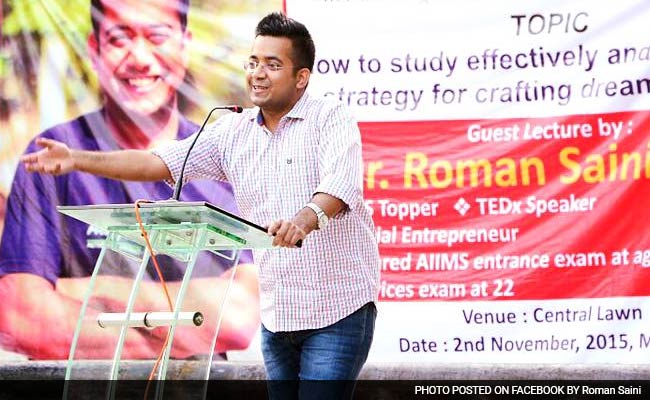 Jabalpur: In a country where a plum government post is one of the most sought-after professions, 24-year-old Roman Saini is a striking exception.

The website, that started off as a YouTube channel focuses on lessons critical for aspirants of government services.

Before joining the Indian Administrative Service, Roman had completed his graduation from the prestigious All India Institute of Medical Sciences (AIIMS).

It was a thirst to serve the country at the wider level that drove the Assistant Collector posted in Jabalpur to quit his job and devote all his time to the cause of free education. 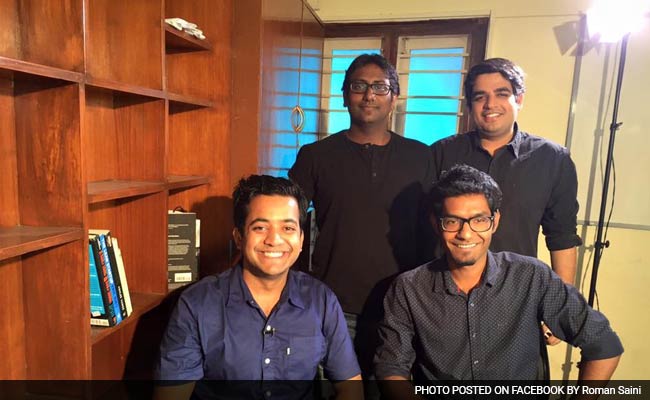 Roman Saini and team-mates at Unacademy.

In a Facebook post today, Roman wrote, "In 2011, Gaurav Munjal, whom I have known since school as the closest friend, called and spoke about his new idea 'Unacademy' which he had started on YouTube by posting a bunch of videos."

"He (Munjal) had a vision of free education - and he asked me to join him. Four years later, 'Unacademy' is now India's one of the largest YouTube channels with 1.1 crore lessons delivered and over 5 Lakh students benefited," he said.

"Recently, Gaurav and I took a life changing decision, we decided to quit whatever we were doing to pursue this full time," he said in his post.

Jabalpur Collector S N Rupla said that Roman had decided to quit the IAS in September last year as he wants to do better at national level.

Roman, in the Facebook post, termed the decision to quit his lucrative job as "difficult", but added, "I believe in Unacademy's vision of free education, and hence, will be pursuing it full time."