Mumbai Fire: Many people trapped inside Crystal Tower in Parel were rescued using a crane.

A fire broke out at Crystal Tower in central Mumbai's Parel. (Reuters)

Four people, including an elderly woman, died and sixteen were injured in a fire that broke out at a high-rise apartment building in central Mumbai this morning. Many residents who were trapped in the top floor of Crystal Tower in the busy Parel area were evacuated using a crane. The fire has been brought under control.

Fire and huge plumes of smoke were seen from the building. The fire brigade control room got a message about the blaze on twelfth floor of the building at 8.32 am, an official said.

Crystal Tower is located near Hindmata Cinema in Parel and has over 100 residents.

The fire that broke out on the twelfth floor of 17-storey building quickly spread to the upper floors and neighbouring flats.The smoke spread rapidly and residents were trapped on the building's staircases, news agency PTI quoted Mumbai Fire Brigade chief PS Rahangdale as saying.

The smoke spread through the building's staircases and lifts were not used as a precautionary measure. Two of the people who died were stuck in the lift.

But in all the chaos, a 10-year-old girl who lived in Crystal Tower saved not just her life but that of her family and neighbours too. She paid heed to the fire safety drill taught at school and put that into practice when the fire broke out. 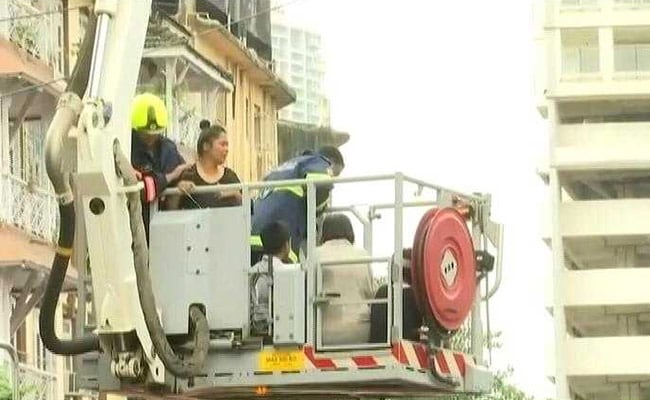 The fire has been classified as Level-2.

The fire reportedly started because of a fault in the electrical wiring. "A complaint will be lodged on charges of criminal offence against the responsible society official. The building has been declared unsafe, and the power and water supplies have been stopped for now," PS Rahangdale said.

The injured people are being treated at KEM Hospital in the city. 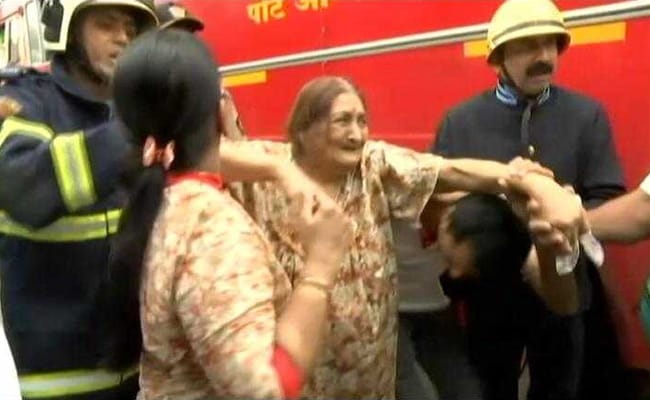 Eight fire engines, four water tankers, snorkels, police and mechanics were involved in efforts to control the blaze and rescue the people trapped inside.

(With inputs from ANI, PTI and IANS)