"People Who Give Hate Speeches Move On": Uncle Of UP Man Killed In Delhi

Delhi Violence: Clashes broke out in Delhi over contentious Citizenship (Amendment) Act or CAA on Sunday.

The family of a young man from Uttar Pradesh killed allegedly in a mob attack in northeast Delhi earlier this week amid clashes over controversial citizenship law has said that people are dying in the national capital because of those "who give hate speeches".

Shahban, who was in his early twenties, was from west UP's Bulandshar. He missing since Tuesday after he went to a hospital in northeast Delhi, where over 39 people have been killed, over 300 have been injured due to violence this week.

"Around 2 pm (on Tuesday), he had gone to Karawal Nagar (in northeast Delhi) for treatment. He had suffered injury in his eyes. When I called him around 3 pm, his phone was off," his mother told news agency PTI.

His father said that the family is still waiting for his body. "Police have asked us to give files, only then we will give us body," he said.

Shahban worked at an iron welding shop in east Delhi.

Shahban's uncle told reporters that he had come to the national capital to "earn a living". "The saddest part is that he had gone to Delhi to earn a living and he was killed by a mob. The people who give hate speeches.... they say something and move on. Some of them even post pictures pictures from restaurants. But people are dying because of them," he said. 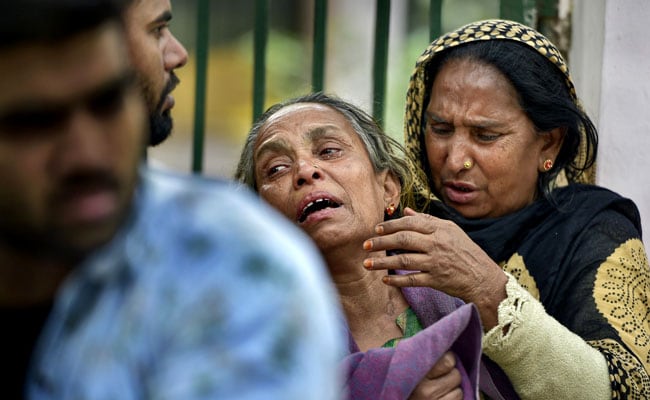 Clashes broke out in Delhi over contentious Citizenship (Amendment) Act or CAA on Sunday. BJP leader Kapil Mishra, who has frequently hit out at those protesting the CAA, held a pro-citizenship rally in northeast Delhi's Maujpur on Sunday afternoon, which has been accused of inciting violence in the national capital.

Kapil Mishra's Maujpur comments were the source of a dramatic Delhi High Court hearing on Wednesday, in which Justice S Muralidhar grilled Delhi Police over the delay in filing FIRs against those who made hate speeches.

On Thursday, Delhi Chief Minister Arvind Kejriwal reacted to the allegations about the alleged role of corporator Tahir Hussain, suspended last night by the Aam Aadmi Party, in a mob attack saying: "No one, be it any party, should be spared if they are responsible for inciting violence."

After Union Home Minister Amit Shah held a review meeting on Thursday, centre said that considering the improvement in the situation, the ban on large gatherings in northeast Delhi areas hit by violence will be removed for 10 hours today.