BJP's 7 MPs Have Not Done Anything For Delhi: Manish Sisodia

Speaking to the media, Deputy Chief Minister Sisodia said that in 2014, the people of Delhi voted for 7 BJP MPs and it was repeated in 2019. 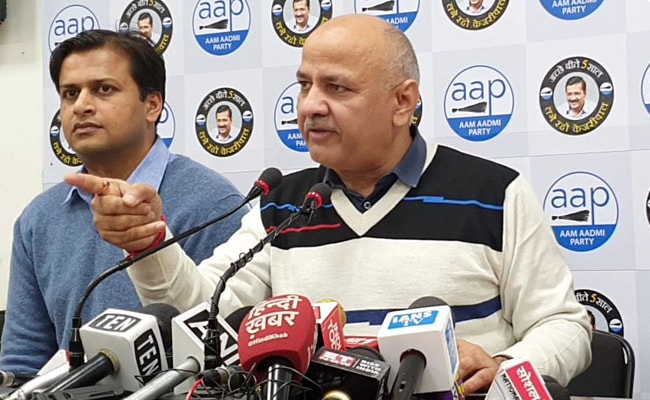 Slamming former BJP president Amit Shah for telling "blatant lies" about the city, Aam Aadmi Party leader Manish Sisodia said on Friday that the Union Home Minister was lying as none of the seven BJP MPs in Delhi have done anything for the national capital.

Speaking to the media, Deputy Chief Minister Sisodia said that in 2014, the people of Delhi voted for 7 BJP MPs and it was repeated in 2019.

"Had these 7 MPs or the Central government had done any work for the people on the ground, they wouldn't have to resort to 'jumlas', or be confused about issues to attack the Arvind Kejriwal government," Mr Sisodia said, asking BJP leaders to raise real issues.

"We had said that we entered politics to transform it and Shah himself provides ample proof of the manner in which we have changed the narrative," said Mr Sisodia.

He added that Mr Shah, when referring to Delhi, also had to speak about the real issues and the works done.

"Even though he only acknowledged that 'some' cameras have been installed, at least he accepted that work has happened. Since he is the Union Home Minister, he has all the sources at his disposal to gather information. He is also in constant touch with officers of the Delhi government.

"Had he gathered the right information, he would have known that of the 2.8 lakh CCTV cameras were promised and we have already installed more than 2 lakh of them. The process is on to install the remaining. Therefore, I request Shah to kindly keep himself updated about the work happening in Delhi," Mr Sisodia said.