Army and NDRF weren't the only ones on Kolkata's streets, with angry citizens demanding restoration of electricity, water and mobile phone coverage disrupted by Amphan

The Indian Army was in action in Bengal on Sunday, helping the Mamata Banerjee government deal with the aftermath of Cyclone Amphan, which tore through coastal Bengal and large parts of Kolkata on Wednesday, uprooting thousands of trees, destroying tens of thousands of homes and leaving lakhs without power, water and sanitation.

Visuals from news agency ANI showed soldiers removing uprooted trees, clearing roads and helping the NDRF in the Salt Lake, Behala, and Golpark areas of Kolkata. Three columns had been dispatched to the city on Saturday evening, and two others to North and South 24 Paraganas district, hours after the state requested support "for immediate restoration of essential infrastructure and services".

The Army and the NDRF weren't the only ones on Kolkata's streets, with angry citizens demanding restoration of electricity, water and mobile phone coverage, all of which have been disrupted since the cyclone, one of the worst to have formed over the Bay of Bengal in recent years, hit.

According to PTI, there were protests in areas near Tollygunge, including Netaji Nagar - whose residents said they hired machinery to remove uprooted trees after authorities failed to help despite requests to restore electricity supply.

There were also protests in New Alipore in south Kolkata; while residents in southwest Kolkata's Behala said they had been forced to purchase water as supply had yet to be restored.

Telecom restoration work in the city and adjoining districts, which include North and South 24 Paraganas, were also affected by protests today, according to PTI, with around 50 per cent of base transceiver stations - which enables mobile, voice and data communication - still offline. 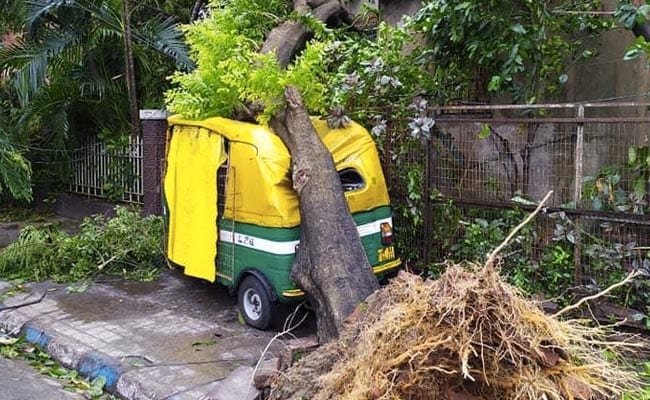 An autorickshaw damaged during Cyclone Amphan

There were protests outside the state capital too.

In North 24 Paraganas district's Titagarh, residents agitated against what they said was a delayed reaction by the government to help them. Some of the protests even turned violent, forcing local cops to use batons to disperse the crowd.

Overall, 240 of 273 damaged substations in Amhpan-hit districts have been repaired and power has been restored in 94 per cent of Kolkata, the government said Sunday night, adding that several water and drainage pumping stations had also been restored.

Chief Minister Mamata Banerjee has called for patience as her government battles to restore electricity and other essential services, a challenge made all the more difficult by having devote resources and manpower to fighting the coronavirus outbreak. 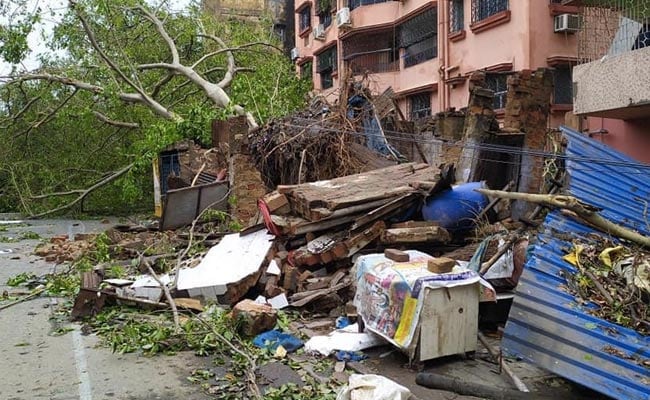 "This is a huge disaster. We need to have patience, because nobody has seen such a disaster before," Ms Banerjee said today, adding, "We are not sitting idle... A shortage of manpower stemming from the COVID-19 pandemic is hobbling relief and restoration efforts".

On Saturday an exasperated Chief Minister, who has pegged damage to Bengal at Rs 1 lakh crore, said, "the only thing I can say then is cut off my head", when asked about public resentment.

Prime Minister Narendra Modi, who conducted an aerial survey of affected regions alongside Ms Banerjee and Bengal Governor Jagdeep Dhankhar, has announced Rs 1,000 crore in aid for the state.