The HC has asked the Telangana government why it was going mostly with rapid antigen tests instead of the more reliable RT-PCR. 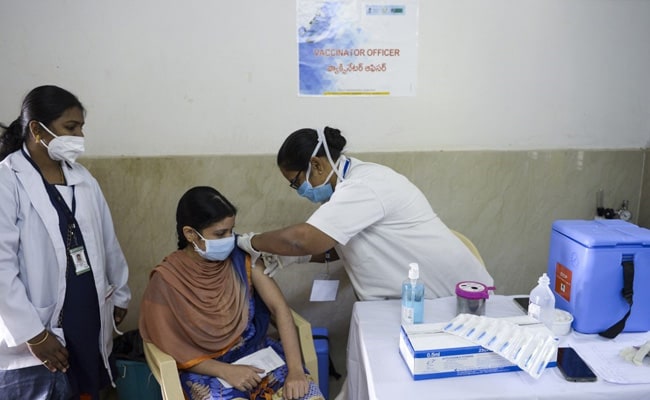 Telangana added 1,914 fresh cases in the past 24 hours, its highest single day spike this year.

Amid a doubling of active Covid-19 cases and with even its top officials getting infected, the Telangana High Court has pulled up the state government over vaccination and testing. The administration has, meanwhile, sought more supplies from the Centre and permission to inoculate those above 25.

The Telangana High Court has asked the K Chandrashekhar Rao government why it was not vaccinating citizens round-the-clock. It also asked why the state was performing "90 per cent rapid antigen tests" instead of the more reliable RT-PCR. It sought to know why the administration was bluffing about the "high number of tests" without carrying out RT-PCR.

Telangana added 1,914 fresh cases to it overall coronavirus count in the past 24 hours, the highest single-day spike this year, pushing the aggregate to over 3.16 lakh. The state has 11,617 active cases now. Over 13.37 lakh citizens had received their first dose of Covid-19 vaccine while more than 2.7 lakh had got the second one till yesterday, according to another government release.

Yet conditions in the state are worrying with even Chief Secretary Somesh Kumar now testing positive. Mr Kumar has, meanwhile, asked for the number of daily tests to be doubled in the state.

The government has informed the Centre that its supplies of the two vaccine brands won't last more than 10 days. There is an acute shortage of Covaxin, especially, it has said, even while seeking permission to open up the drive for those above 25 years of age.

Governor Tamilisai Soundararajan had on Sunday expressed concern over the situation I the state and called Health Minister Eatela Rajender to discuss the matter.

She pointed out that early detection and treatment was vital to avoid further complications, a Raj Bhawan release had said. She appreciated the state health department for coming out with an exclusive app to identify and alert all the primary and secondary contacts of a Covid patient.