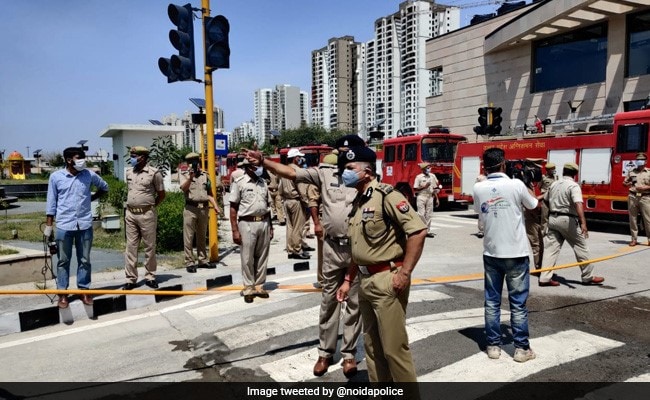 Over 1.39 crore vehicles were checked in the state during the lockdown.

Acting strictly against those not following the lockdown regulations, the Uttar Pradesh police has registered over 13,200 FIRs and charged more than 42,350 people for violating the prohibitory orders, a senior official said on Friday.

Rs 5.87 crore has also been collected by the police after imposing challans or fines on vehicle owners for violating lockdown rules, he said.

The FIRs were lodged under section of Indian Penal Code (IPC), which deals with disobedience to an order duly promulgated by a public servant.

He said over 1.39 crore vehicles were checked in the state during this period and challans were imposed on over 31 lakh vehicles, adding that the police has also recovered Rs 5.87 crore as fine from them.

The official said under the Essential Commodities Act, 344 FIRs were lodged and 426 persons were named in them for hoarding and blackmarketing of goods.

"The CM has made it clear that blackmarketing will not allowed and strict action including imposing NSA (National Security Act) can also be initiated against such persons," he said.