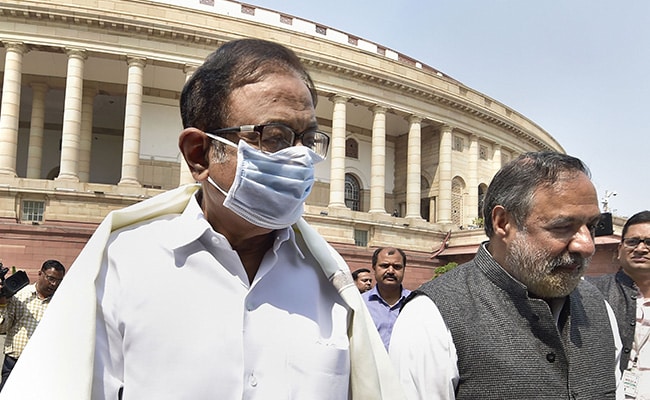 Calling the announcements made by Finance Minister Nirmala Sitharaman a "thorough disappointment", he urged the government to reconsider the stimulus.

"...a fiscal stimulus of Rs 1,86,650 crore amounting to barely 0.91 per cent of GDP will be totally inadequate given the gravity of the economic crisis and the dire situation in which people find themselves," Mr Chidambaram said in a statement.

He urged the government to announce a revised package  of "not less than Rs 10 lakh crore of real additional expenditure equivalents to 10 per cent of GDP".

"There is no response from the presiding officers regarding parliament. They are citing some rules not to permit the meeting. We can't hold a virtual dharna (protest). We are trying to raise our voices," he added.

Over the last five days, Ms Sitharaman had  unveiled the finer details of the fiscal stimulus in five phases after Prime Minister Narendra Modi last Tuesday announced a Rs 20 lakh crore special economic package, equivalent to 10 per cent of India's GDP, for the country to become ''self-reliant'' and deal with the COVID-19 crisis.

In the second briefing, for the tranche worth Rs 3,10,000 crore, Ms Sitharaman said that millions of migrants will be provided free food grains for the next two months. Rs 3,500 crore will be spent on food for nearly eight crore migrant workers, Finance Minister Nirmala Sitharaman said.

In the third round of announcement, as a part of third tranche - worth Rs 1,50,000 crore - the government declared a fund Rs 1 lakh crore to strengthen farm-gate infrastructure and aggregators like Farmers' Producers Organisation, agricultural entrepreneurs and primary agriculture cooperative societies.

The announcements of Day 4 included reforms to eight sectors, including a 25 per cent increase in FDI in the defence sector and removal of government monopoly on coal mining. The government also proposed easing of restrictions on Indian airspace.

On Sunday, in the final set of announcements. Ms Sitharaman announced a big boost in spending on the MNREGA scheme, an upped borrowing limit for states, more relaxations for private players and big changes for health and education sectors.