Daily Covid Cases Could Be 2-2.5 Lakh, Instead Of 1 Lakh, Data Shows

Coronavirus Cases in India: Over 90,000 cases have been recorded daily for the past few days. (File)

On the basis of so far unseen and unreleased official data, it is now clear that India is underestimating, massively, Covid numbers in the country.

This not only confirms that we are world number one in daily new cases, it puts us in an altogether different league from the rest of the world. 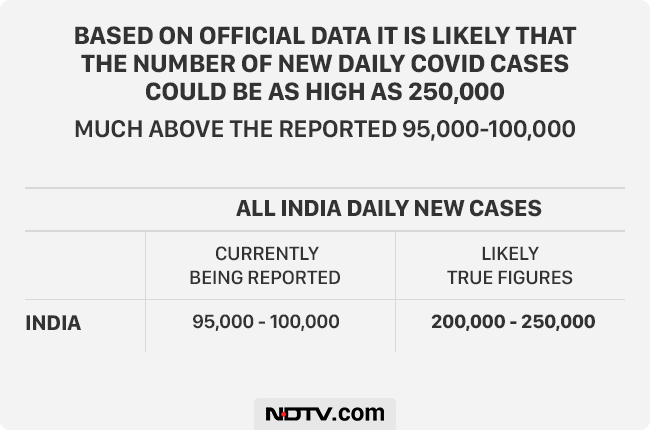 Earlier we reported that India's numbers were likely to be an underestimation because of the increasing reliance on the less accurate Rapid Antigen Tests (Chart A). It has already been established that Rapid Antigen tests miss a large percentage of Covid positive people and declare them as Covid negative. 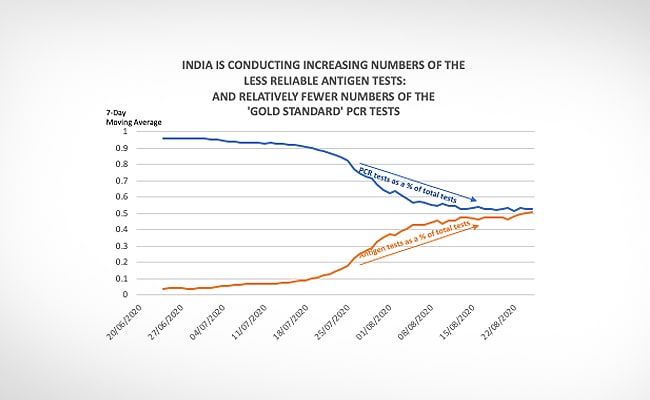 According to the literature, PCR tests, when conducted properly (and this is important), detect a much higher number of Covid cases - in fact two to three times higher, than Rapid Antigen tests. This is clear from official data of Delhi and Maharashtra (Table 2) which are known to have the best practices, methodology and techniques of PCR testing. This differential between the two tests is similar to global standards. 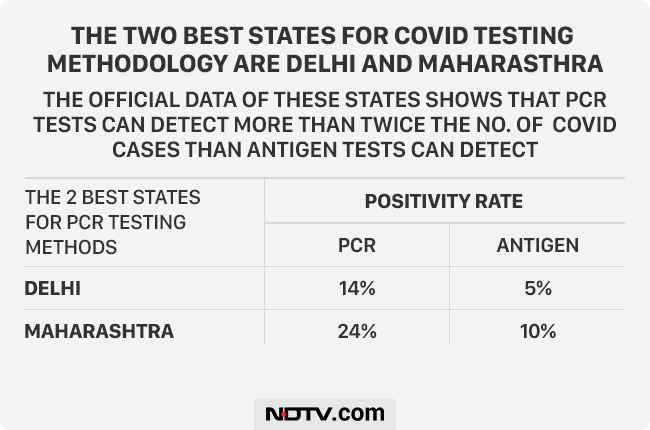 However, the new data indicates a disturbing development. Rapid Antigen tests are easy to administer and require a simple procedure without amplification. PCR tests, on the other hand, to be accurate require a much higher degree of skill and training. If PCR tests are not carried out with the requisite checks and balances, the level of false-negativity rises rapidly. The new data (Table 3) suggests that this is exactly what may be happening in India. 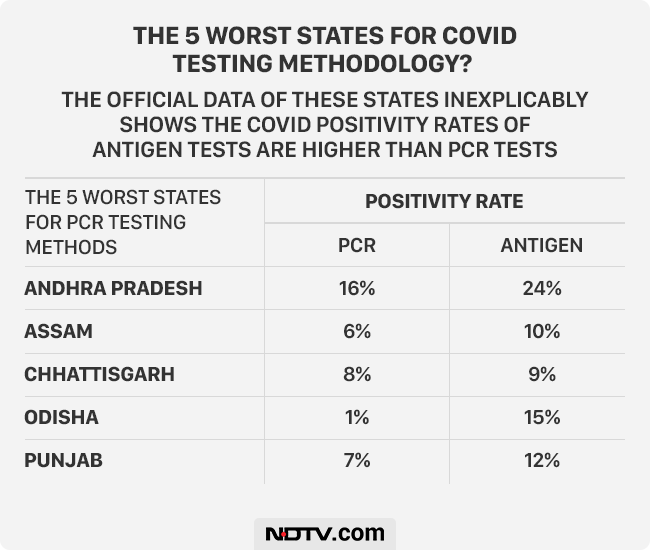 Based again on this recently accessed official data from all the other states (Table 4) - it is disturbing that the positivity rates of both types of tests should be almost the same. 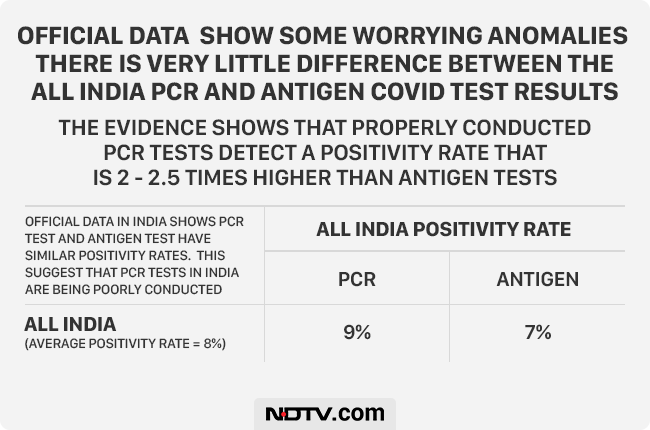 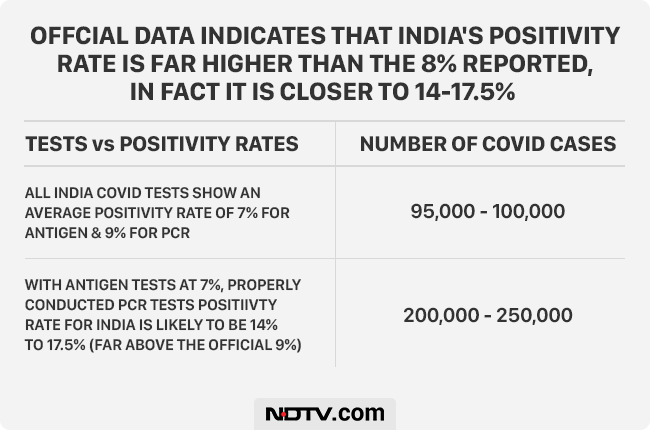 With at least 200,000 daily new cases, we need, as a nation to recognise that the reality on the ground is much worse than we acknowledge. It is a reality that requires vastly different medical and social policies than if the numbers were much lower as earlier believed.

Footnote: The data base of this article is for the period 1st -31st August 2020 for every state of the country and extended to 10th September 2020 for the All India data.