Johnson and Johnson said its shampoo does not contain any harmful ingredient as "erroneously" concluded in a Rajasthan government laboratory test. 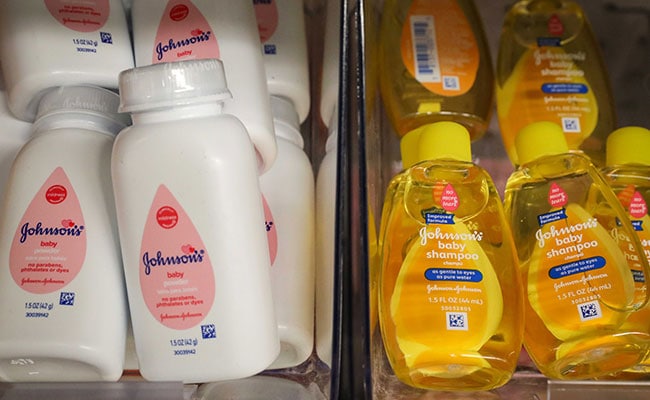 India is a major market for J&J and its share in the country's baby care market is nearly three-fourths.

Top Indian child rights body has directed the American multinational company Johnson and Johnson to immediately withdraw a batch of its baby shampoo that it said allegedly contained "harmful" chemicals, a claim refuted by the company which asserted that its products are "safe".

Johnson and Johnson said its shampoo does not contain any harmful ingredient as "erroneously" concluded in a Rajasthan government laboratory test conducted with "unknown and unspecified test methods".

A Rajasthan government laboratory had found presence of "harmful" chemicals in the US-based company's baby shampoo. A complaint in the matter was filed with the National Commission for Protection of Child Rights (NCPCR).

Taking cognisance of the complaint, the NCPCR in April had written to all the states and UTs asking them to test samples of J&J Shampoo and talcum powder.

The NCPCR has now asked the company "to immediately withdraw the supply of the said batch, which was found to be not of standard quality."

"As the alleged batches are still in circulation and may have been procured by the consumers due to non compliance of notice of Drug Control Officer (DCO) in Jaipur - (which had conducted the tests)....

"Therefore an advisory should be issued in vernacular dailies including in English and Hindi across print and electronic forms," it said in its letter sent last Thursday.

The NCPCR also said that in all commercials of the alleged J&J products across India, public should also be advised to refrain from that particular batch of product.

"A compliance report of the above-mentioned directions must be sent to NCPCR by May 29, failing which action will be initiated under the provisions prescribed by law," the NCPCR said.

The Johnson & Johnson, in response, maintained that its products are safe and its shampoo does not contain any harmful ingredient "as erroneously concluded in a Rajasthan government laboratory test conducted with "unknown and unspecified test methods".

"We reiterate that Johnson's Baby Shampoo does not contain any harmful ingredient as erroneously concluded in a Rajasthan government laboratory test conducted with unknown and unspecified test methods.

"We have challenged the test results and the samples have been sent for re-testing at the Appellate laboratory by way of a Magistrate Court Order. As the test report itself is controverted under Section 25(3) of the D&C Act, such a report is not considered conclusive," the company's official spokesperson said.

"Given that the re-testing process is underway with the appellate laboratory, no arbitrary action on the said two batches of Johnson's Baby Shampoo is, in our opinion, warranted," the company's official spokesperson said.

India is a major market for J&J globally, and its share in the country's Rs 4,000-crore baby care market is nearly three-fourths.

The NCPCR is empowered under the Commission for Protection of Child Rights (CPCR) Act, 2005 to inquire into any matter concerning deprivation or violation of child rights and non-compliance of any policy or guidelines or instructions ensuring welfare of children.

Further, the commission in addition to the inquiry initiated can undertake formal investigations of CPCR Rules.

NCPCR has powers to recommend action, but it was for the state governments and union territories to take a call on implementation of the recommendation by the apex child rights body.

Earlier in May, the NCPCR had also met officials of the J&J.

"After discussing this issue at length with your officials, NCPCR was not satisfied with the reply provided by you (J&J) with regard to the compliance of the notice of the Office of the Drug Control Officer (NDNP)," the child rights body had said.

"The Commission is unclear as to the steps taken by J&J regarding the prohibition of sale and issue of advisory regarding the said batch of JB Shampoo which was found to be not of standard quality," Raman K Gaur, senior consultant with the NCPCR had said in the letter to Vikas Srivastava, Managing Director of the Johnson & Johnson.