Central Vista Project: Many have questioned why the centre was spending Rs 20,000 crore on the project, when it could buy 62 crore vaccine doses. 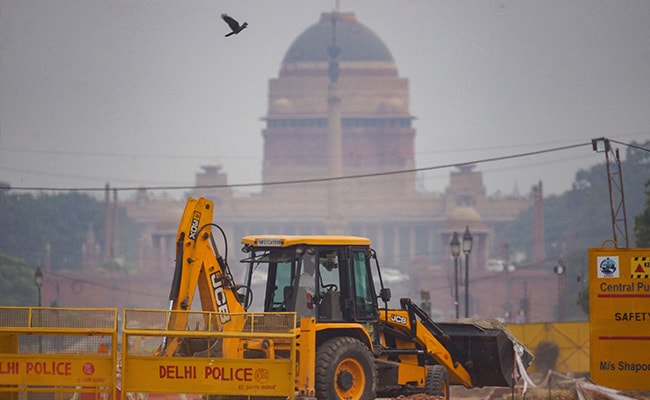 Central Vista Project: Many have questioned why the centre was spending Rs 20,000 crore on it.

With a storm raging over the Central Vista Project, where construction is continuing amid the pandemic, the government today issued a long list of what it titled "Myths and Realities" about the project.

There have been raucous protests from the opposition parties, especially the Congress, which argued that the money would be put to better use if it were spent to upgrade the healthcare system.

Many have questioned why the centre was spending Rs 20,000 crore on the project, when it could buy 62 crore vaccine doses.

Their other allegations range from the impact on Delhi's green cover to destruction of the city's most historically significant landmarks.

The objections have reached the Supreme Court, where a petition was filed after the High Court dismissed an appeal to suspend the work, describing it as a "vital" and "essential" project of national importance.

The main Central Vista project envisages building a new Parliament House, a new residential complex to house offices and the Prime Minister and the Vice President. It will also have new office buildings and a Central Secretariat to accommodate various ministries' offices.

Read the full text of the centre's "myth vs facts" here: