CAA Protests: At least 25 people have been killed, scores more injured and thousands detained as tens of thousands of people across India have taken to the streets to protest against the Citizenship Amendment Act, pushed through parliament on December 11. 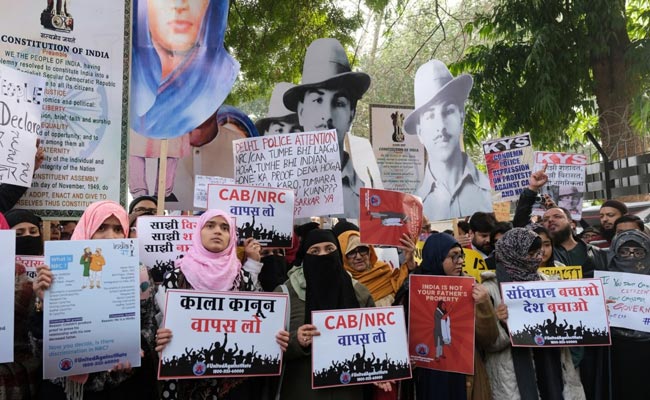 Prime Minister Narendra Modi's government has set itself on a collision course with those protesting against a new religion-based citizenship law, leading to fears of deepening polarization across the country at a time when the economy is sputtering.

At least 25 people have been killed, scores more injured and thousands detained as tens of thousands of people across India have taken to the streets to protest against the Citizenship Amendment Act, pushed through parliament on December 11.

Days after attempting to allay fears over the citizenship drive at a rally in the national capital, PM Modi and his ministers doubled down on Wednesday. He blamed the demonstrators for the vandalism that took place during two weeks of nationwide protests. Those who were misled and caused damage to public property "should sit at home and ask themselves if their path was right," he said an event in Uttar Pradesh's capital Lucknow. He did not comment on the allegations of widespread police brutality.

The law bars undocumented Muslims from three neighbouring nations seeking Indian citizenship while allowing people of other faiths to do so. Taken together with a proposed national register of citizens the new law is seen as a way for PM Modi's government to discriminate against Muslims.

"This new law and the resulting protests could have major political, reputational, and economic costs for a government that until recently was enjoying a relatively smooth ride," said Michael Kugelman, senior associate for South Asia at the Wilson Centre in Washington, who has closely researched India's politics over the past decade. "The longer the protests go on, the more reputational risks there are for a government keen to attract foreign investment," Mr Kugelman said, adding he does not expect "a happy and quiet ending" as there is anger on both sides. 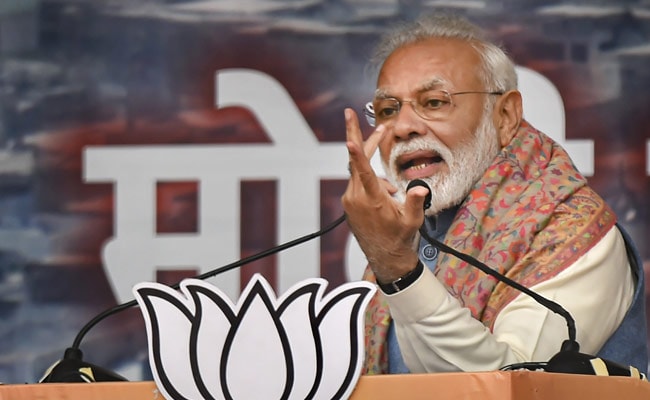 Citizenship Act Protests: Those who were misled and caused damage to public property "should sit at home and ask themselves if their path was right", PM Modi had said (File Photo)

Peaceful protests will continue as long as the new citizenship law is not withdrawn, said West Bengal Chief Minister Mamata Banerjee. "Do not fear anybody," news agency Press Trust of India quoted Ms Banerjee as saying at a rally on Thursday. "I warn the BJP not to play with fire."

In New Delhi, thousands of people have been taking part in demonstrations, braving chilly winter temperatures to protest against the new law.

Hundreds of women in the working class, largely Muslim neighbourhood of Shaheen Bagh, sat on the roads in protest on Thursday. The women, some nursing their infant children, have been part of the demonstration since December 15. Thousands of people across faiths have been joining their sit in and providing food and blankets.

"How can we let our rights go like this? We will sit here till Modi answers us and take back the plan for national citizenship register," said Sahiba, who gave just one name. "We women have never been on roads like this."

Their fears only grew when the government announced on Tuesday plans to allocate funds to create a National Population Register. The move has been widely criticized by the opposition, which sees it as a precursor to countrywide citizens register that, along with a new citizenship law, is driving the angry protests.

While the government denied any links between the two processes, in July 2014 Kiren Rijiju, the then junior home minister in PM Modi's cabinet, told parliament the government had decided to create a citizens registry based on the information collected under the national population register.

The massive demonstrations have been the first real test PM Modi has faced in his six-year rule, and the government has struggled to contain them.

Civil society groups and human rights activists have begun gathering independent accounts of some of the worst reports of violence, especially from Uttar Pradesh, which is ruled by the BJP's Yogi Adityanath, who promised earlier this week security forces would extract "revenge" from protesters who caused any damage to public property.

The government, especially in states where the ruling BJP is in power, has cracked down against all protests. In many areas, the administration has banned the gathering of more than four people and cut mobile internet connections.

"The state is at open war with a segment of its citizens," Harsh Mander, a human rights activist and former bureaucrat told reporters at a press conference organized by several NGOs in New Delhi on Thursday. He said security forces in UP had used "violence at an unprecedented scale" including firing stun grenades inside the campus of the Aligarh Muslim University.