"We will fight and the government will revoke CAA. I salute your resistance and courage," said at the protest march. 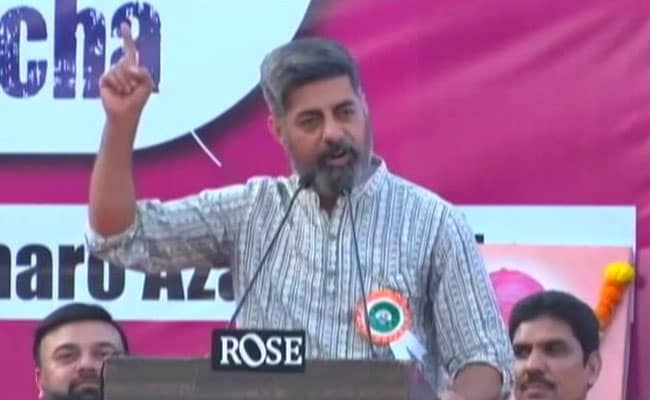 Actor Sushant Singh, who participated in a protest rally against the Citizenship Amendment Act (CAA) and National Register of Citizens (NRC) at Mumbai's Azad Maidan on Saturday said that the Centre will have to withdraw the controversial law.

Address the rally, Sushant Singh said: "I am here to show solidarity with all of you. We will fight and the government will revoke CAA. I salute your resistance and courage."

"I am happy that Home Minister has said anyone can seek an appointment to meet and discuss CAA with him. I got to know that a Shaheen Bagh protesters are planning to meet him tomorrow," Mr Singh told reporters.

Sushant Singh has also requested the Maharashtra government to not allow National Population Register (NPR) exercise in the state as "it is the first step of NRC".

The CAA grants citizenship to Hindu, Sikh, Jain, Parsi, Buddhist and Christian refugees from Pakistan, Afghanistan and Bangladesh, who came to India on or before December 31, 2014.