In a video clip, the political veteran is seen trying to hold back his tears at the end of the film while filmmaker Vidhu Vinod Chopra rushes to console him. 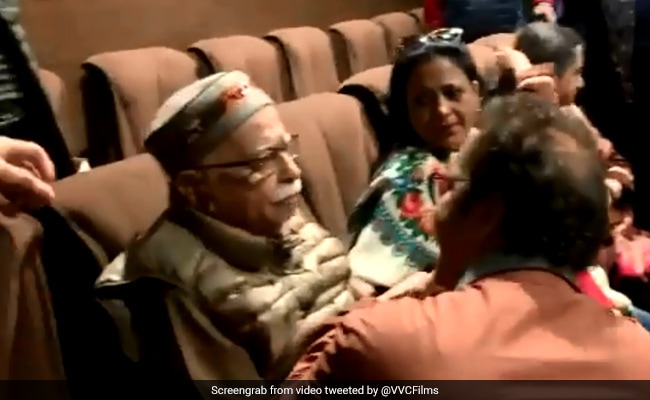 Senior Bharatiya Janata Party (BJP) leader LK Advani got emotional while watching the movie "Shikara: The Untold Story Of Kashmiri Pandits". It is a Hindi-language period film produced and directed by Vidhu Vinod Chopra, based on the exodus of Kashmiri Pandits from Kashmir.

In a video clip, the political veteran is seen trying to hold back his tears at the end of the film while Mr Chopra rushes to console him. Other people around them were also seen getting emotional and congratulating the filmmaker for the movie.

Shri L K Advani at the special screening of #Shikara We are so humbled and grateful for your blessings and your appreciation for the film Sir. @foxstarhindi@rahulpanditapic.twitter.com/oUeymMayhc

Featuring Aadil Khan and Sadia, Shikara released on February 7. Vidhu Vinod Chopra, who is from Kashmir, dedicates his movie to his mother, who died in 2007.