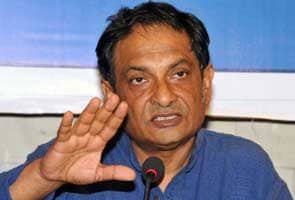 Kolkata: Human rights activist Binayak Sen, released on bail by the Supreme Court after his conviction by a lower court for sedition, on Sunday said the sedition law should be "completely" repealed.

"The laws of sedition in the country should be completely repealed," Sen said at a seminar on 'State of Freedom in Democracy' here.

"Though I have become a cause celebrity, there are thousands more like me who are languishing in jails all over the country after they were booked under sedition laws," he said.

Hailing the people's struggle for his release, Sen said: "The government should be more compassionate to the peoples' causes and respect the suppressed voices."

"In a free democracy like India, every person should be free enough to hold the government wrong on definite accounts," he said.

"Laws like sedition are draconian in nature and has no relevance in contemporary time," Congress spokesperson Abhishek Manu Singhvi, who was also present on the occasion, said.