Gita Mehta in a statement said: "I am deeply honoured that the Government of India should think me worthy of a Padma Shri but with great regret I feel I must decline as there is a general election looming and the timing of the award might be misconstrued." 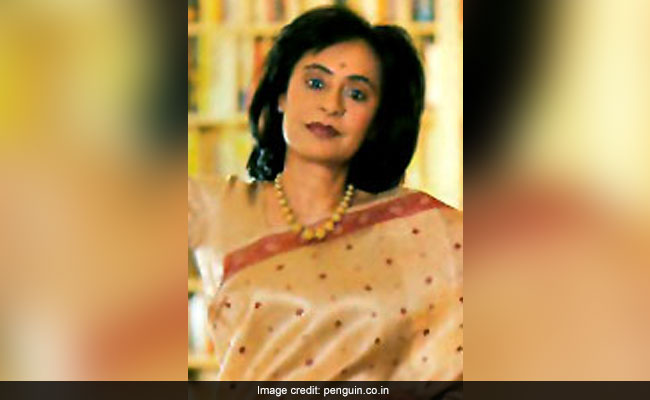 Months before the government announcement of a Padma Shri award for US-based writer Gita Mehta -- who happens to also be Odisha Chief Minister Naveen Patnaik's elder sister -- Prime Minister Narendra Modi reached out to her and had a 90-minute meeting with her and her very famous husband, iconic publisher Sonny Mehta.

The couple thought the Prime Minister might have been thinking of writing his story, as Mr Mehta has published the works of various American Presidents that sold millions of copies.

But insiders now say it this could have been the BJP's charm offensive for Naveen Patnaik ahead of 2019 elections, even though the party has not stopped its political attacks on his Biju Janata Dal.

In a statement from New York she said: "I am deeply honoured that the Government of India should think me worthy of a Padma Shri but with great regret I feel I must decline as there is a general election looming and the timing of the award might be misconstrued, causing embarrassment both to the Government and myself, which I would much regret."

When the Prime Minister's Office rang the home of Mr Patnaik in New Delhi six months ago, the call was believed to have been answered by the caretaker, Babu. The caretaker was asked if the PM could speak to Gita Mehta.

Babu, it is believed, tried to explain to the officer that Ms Mehta lives in the US and not New Delhi, when the Prime Minister came on the line.

"Babu was floored, because not only did the Prime Minister speak to him, he also found out where his village was. They had a 10-minute-long conversation," sources said.

Mr Patnaik's office, however, told NDTV that it was incorrect to say that the Prime Minister spoke to any of the chief minister's staff members directly.

However pleased though he was, Babu couldn't offer Ms Mehta's New York number. The Indian embassy there must have organised it, say sources, because very soon, the author of books like Karma Cola, received a phone call from the PM who invited them to visit him when in India.

Sonny and Gita Mehta, who make at least four to five annual trips to India, were in Delhi just two weeks later and fixed an appointment with the Prime Minister at his residence.

Ms Mehta is the middle of three siblings while Naveen Patnaik is the youngest.

Mr Mehta, who has published best-sellers of Barack Obama and many others, including Tony Blair and six Nobel prize winners, half expected it to be a publishing pitch. That would have been a problem, because none of those he published had ever been written while the incumbent was in office.

But he and Gita Mehta were in for a surprise, say sources.

The meeting, which was supposed to be for 20 minutes, stretched over 90 minutes. They chit-chatted about everything, from their father Biju Patnaik to all else under the sun.

Finally, they felt they were intruding and Ms Mehta got up to leave, saying "You must be busy."

Sources told NDTV that the Prime Minister often makes such unexpected calls. If he ever calls to speak to Naveen Patnaik and the Chief Minister having his afternoon nap, he speaks to the Bhubaneswar caretaker too.