The Union Home Minister assured that Mizoram's inner line permit, a provision that checks the unabated entry of outsiders into the state, will not be affected by the Citizenship Amendment Bill. 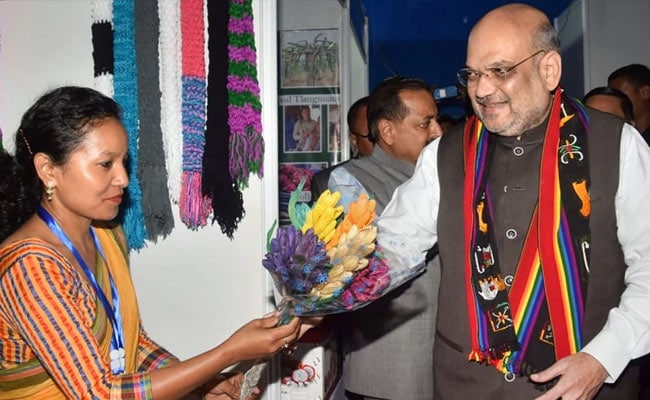 This was Amit Shah's first visit to Mizoram after his ascension to the Home Minister's post.

Home Minister Amit Shah has assured Mizoram that the draft Citizenship (Amendment) Bill will be tweaked to accommodate a "special safeguard" aimed at ensuring that it does not override a long-standing provision that checks the unabated entry of outsiders into the state.

ILP is a travel document for those who want to enter a protected area for a limited period. Visitors are not allowed to purchase property in these regions.

"As far as the Citizenship Amendment Bill is concerned, the Home Minister has assured that a new clause (related to the inner line permit regime in Mizoram) will be incorporated in the draft bill. We will work this out with the Home Ministry," Chief Minister Zoramthanga, who heads the Mizo National Front government in the state, told reporters after his interaction with Amit Shah.

He also described his meeting with the Home Minister as "good".

Amit Shah was accompanied by Jitendra Singh, Union Minister of State for Development of the North Eastern Region, and Himanta Biswa Sarma, chairman of the Northeast Democratic Alliance, in his first visit to Mizoram after becoming the Home Minister. It was at Mr Sarma's insistence that civil society groups decided to raise their concerns at the meeting with the Home Minister instead of holding protests.

Mizoram had earlier witnessed massive protests against the Citizenship (Amendment) Bill, which seeks to expedite the citizenship process for non-Muslim migrants who arrived in India before December 31, 2014.

While opposition parties and social groups have termed it as a policy steeped in religious discrimination, the government maintains that it is simply a long-awaited measure to help persecuted minorities from neighbouring countries.

The conflict in Mizoram is over the inclusion of the Chakma community, which is believed to have migrated to the state from Bangladesh. A largely Buddhist group of about 1 lakh people, they have a history of ethnic conflict with the indigenous population over fears that their inclusion will endanger their identity and livelihoods.

At least 19 lakh people, including many Hindus, did not make it into Assam's National Register of Citizens list published on August 31. The ruling BJP has said that the exercise will be undertaken across the country.