Read inOther Languages
This Article is From Oct 12, 2018

The pilot commanding the Boeing and the First Officer have been taken off Air India Express's pilot roster pending an investigation into the very serious incident.

Hurtling down the Trichy airport runway at 250 kilometres per hour, an Air India Express Boeing 737-800 struck poles at the end of the runway, rammed into the perimeter wall but still managed to fly.

Miraculously, none of the 136 passengers and crew onboard IX 611, an Air India flight bound for Dubai, were injured though pictures of the jet after it made an emergency landing in Mumbai show severe damage.

A large gash along the belly of the jet and multiple perforations on the engine nacelles and parts of the fuselage clearly indicate that the passengers onboard the jetliner had a miraculous escape.

According to a statement made by Air India Express, ''after flight IX 611 from Trichy to Dubai had taken off from Trichy at about 1.30am today, it was reported by local Airport officials at Trichy, that they have observed that [the] aircraft might have come in contact with the airport perimeter wall.'' 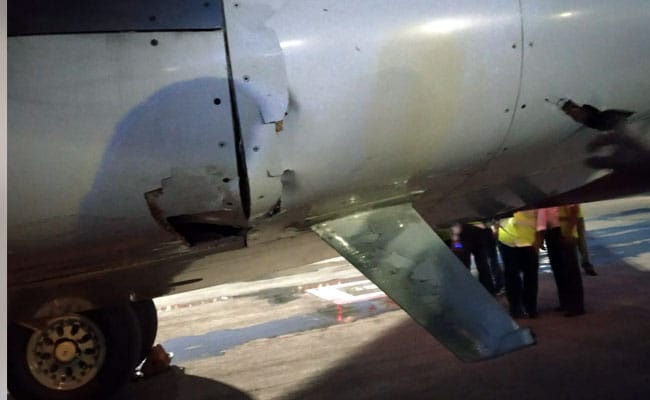 Images of the perimeter wall, a thick red brick structure, show a large part missing, after apparently being struck by the main undercarriage of the Boeing.

Though the pilot in command ''reported that the aircraft systems were operating normally,'' there was a decision to divert the jet to Mumbai as a ''precautionary measure.'' 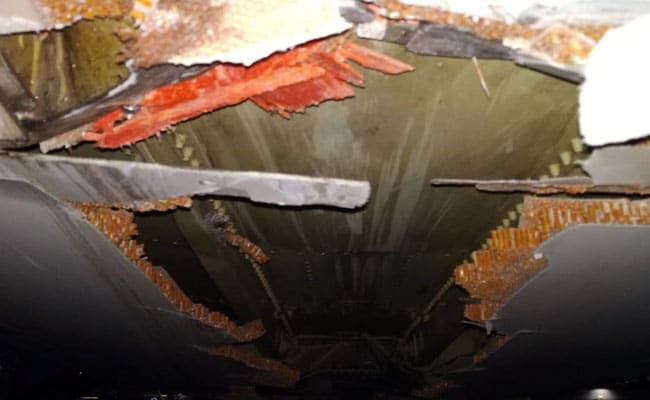 The pilot commanding the Boeing, Captain D Ganesh Babu and the First Officer, Captain Anurag have been taken off Air India Express's pilot roster pending an investigation into the very serious incident. 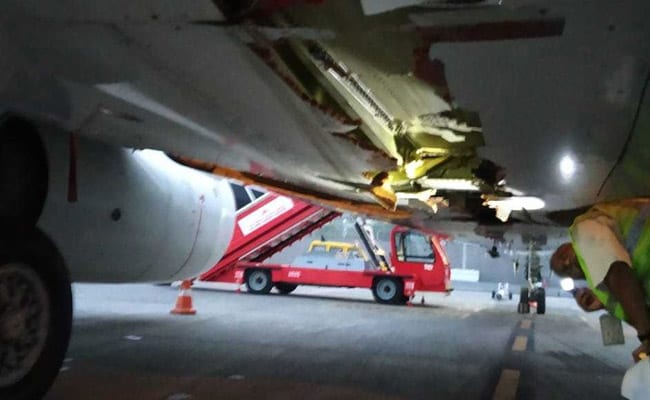 In May 2010, an Air India Express Boeing 737-800 from Dubai with 166 people onboard, over ran the runway on landing at Mangalore airport. 158 people were killed.