AIB's Tanmay Bhat Apologises For "Failing" After Stepping Down As CEO

Another stand-up comic Gursimran Khamba, who was also part of AIB, was also accused of sexual misconduct. 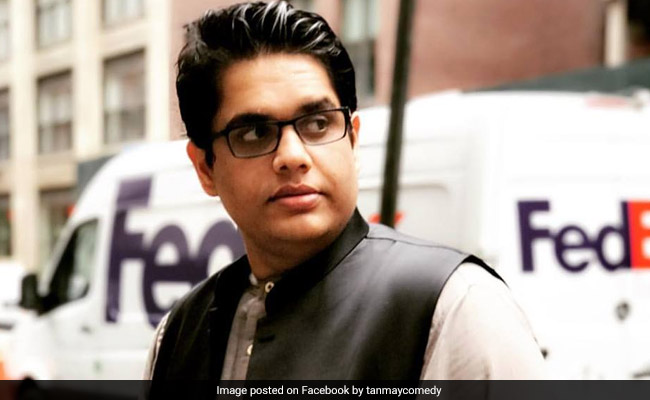 AIB had said that Tanmay Bhat's "lapse of judgment regarding Utsav Chakraborty was egregious".

In a lengthy Instagram post Thursday, stand-up comedian Tanmay Bhat apologised to his former colleagues at AIB for failing to live up to the "ideals" he himself had probated and said he would strive to make women feel "safe", in case he assumed "any leadership capacity in the future". Mr Bhat stepped down as CEO of comedy group yesterday.

He had come under severe criticism last year for failing to act on complaints against writer-comedian Utsav Chakraborty, who was accused of sexual harassment. Another stand-up comic Gursimran Khamba, who was also part of AIB, was also accused of sexual misconduct. Mr Khamba left the company to start his own venture.

Meanwhile, AIB issued a statement yesterday saying that their YouTube channel was "dead for the foreseeable future" and they had to let go of their employees.

The company said it will continue to be managed by remaining two members Rohan Joshi and Ashish Shakya, who will also pursue solo interests in the coming future.

In Mr Khamba's case, the company said they appointed a two-member External Committee (EC) -- comprising a senior partner at a law firm and a diversity consultant -- to look into the allegations.

But the comic had stepped away from the investigation process during its course, citing "issues with procedure", AIB said in the statement.

Mr Khamba, in an independent statement, on Wednesday said he had to withdraw from the inquiry as he felt "due process" was not being followed by the Internal Complaints Committee.

"I voluntarily chose to participate and began by extending all possible cooperation to this committee.

However, this process which lasted four months was replete with procedural lapses and did not follow principles of natural justice. Despite my repeated requests to follow due process, these lapses continued," he said, adding that his request for a fresh committee to be constituted was denied.

"I was left with no choice but to withdraw from the enquiry. Till date, I maintain that I am happy to cooperate with any committee that is constituted fairly and follows principles of natural justice.

"The silver lining, however is that through all of this. I got a chance to reflect and think about what I''m truly passionate about, who I want to work with and what I''d want the next chapter of my life to be. With that - I am thrilled to announce the launch of my new venture Light@27," he said.