IIFA Awards 2017: A R Rahman's IIFA Rocks setlist comprised Hindi and Tamil song but the audience in New York, unlike in London, said 'language has no barrier' 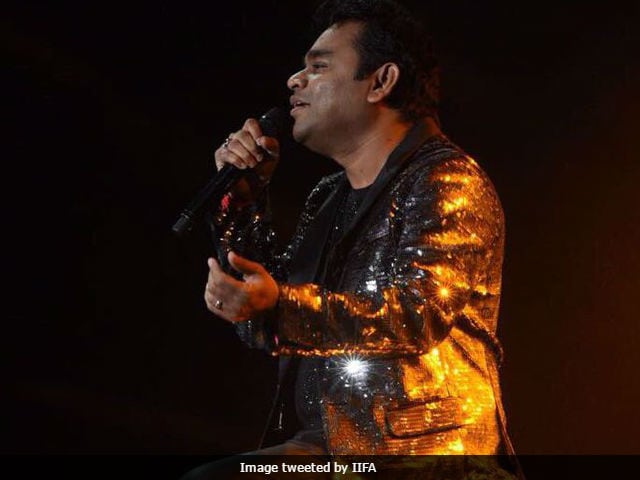 New Delhi: A R Rahman's New York concert (IIFA Rocks) was in complete contrast to his London gig, where 'fans' of the Oscar-winning composer reportedly walked out of the Wembley Stadium, complaining that his set was dominated by Tamil numbers. As the clock struck 2 AM and Rahman ended the Tamil version of Urvasi Urvasi, the crowed at New York's MetLife stadium started chanting, "Once more, once more," reports news agency IANS. "It's too late right," said Rahman but he played Humma Humma nevertheless, reports IANS. Hariharan, Kailash Kher, Jonita Gandhi, Benny Dayal, Mika Singh and Neeti Mohan also jammed with Rahman on the IIFA Rocks stage.

Regaling the audience with his evergreen tunes. A memorable IIFA ROCKS indeed! Kudos to the magician behind the show! @arrahman#IIFA2017pic.twitter.com/crddlzJcGs

The audience in New York accepted the Tamil songs as much as they grooved to Rahman's Hindi songs. "Rahman's performance was every bit worth it. We had no problems that he sang in Tamil because we believe one should preserve their culture," New York-based Rajan Panda told IANS after the concert. A New York-based Nepalese couple added: "We enjoyed the show very much. We came for Rahman. Its music, it's universal... It doesn't matter what language it is in."

Meanwhile, Rahman's London concert audience was apparently made up of folks who claim Rahman should remember he "made his name in Bollywood" (this is untrue). Here are some reactions:

That was my first ever Tamil concert guys. Albeit completely unintentional #ARRahman#SSEArena#Fail#Refund?

Was total disaster,for someone who made his name in Bollywood(at least on sheer numbers) it was disrespectful from him,even speaking Tamil

Was so disappointed and left half way through. The promoter #HumsiniEntertainment should of said 99% songs will be Tamil. I wouldnt of come

IIFA Rocks is a music event organized by the International Indian Film Academy (IIFA) ahead of its main award show night. The IIFA awards will be held in New York on July 15. IIFA Rocks was attended by celebrities like Salman Khan, Alia Bhatt, Katrina Kaif and Saif Ali Khan.