This is the third seizure of elephant tusks by the Directorate of Revenue Intelligence this year in north Bengal and Assam. 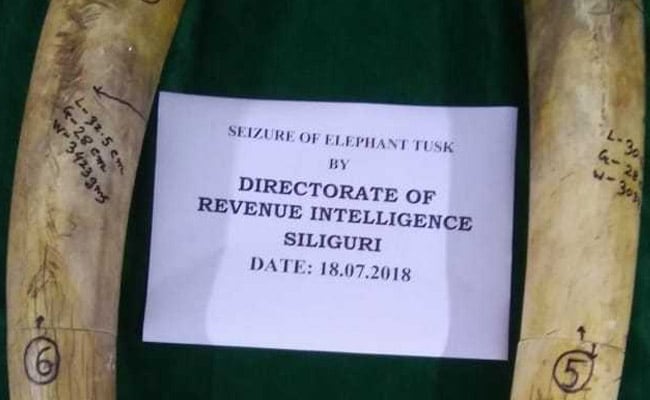 Six pieces of ivory, weighing about 10 kg, were seized from two people arrested in West Bengal, the Directorate of Revenue Intelligence said in a statement today. The pair was caught near the Tenzing Norgey bus stand in Siliguri and six pieces of ivory collectively weighing 9.9 kg were recovered from them last night, it said.

"Preliminary analysis of the seized tusk indicates that the elephants have been poached very recently," the Directorate of Revenue Intelligence or DRI said.

During interrogation, the two men revealed that the ivory was smuggled from Nepal through Panitanki border.

This is the third seizure of elephant tusks by the DRI this year in north Bengal and Assam.

It had also seized a number of live exotic birds of foreign-origin smuggled into India from Bangladesh in Kolkata.

The agency had also made a seizure of 214 Indian star tortoise in Kolkata in March this year.

Sections 48 and 49 of India's Wild Life Protection Act, 1972 prohibits trade or commerce of wild animals or animal articles or trophies.