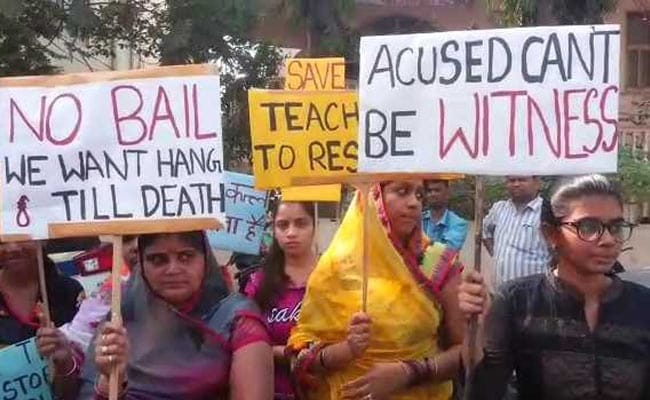 The girl alleged besides the three arrested men, she was assaulted by eight others including a witness.

A 16-year-old was repeatedly raped and blackmailed for over four years by her cousin and his friends in Hyderabad, police said. After allegedly raping her, the cousin recorded the assault on his cellphone and shared it with others. All of them then threatened her to continue sexually exploiting her, the girl told the police.

No one in the family noticed anything wrong during this period, the girl's brother said.

The assault came to light when the girl approached a Bharosa centre in Hyderabad last month.

Three of the accused named by the girl have been arrested, an officer said.

The teen told the police that one of her cousins had reportedly raped her on the top floor of their home and recorded the act. He had allegedly spiked her drink with some drug. Later, he used the video to repeat the assault.

But it was just the beginning of her trauma as her cousin shared the video with others who also allegedly raped her.

One of the accused, however, has been named a witness by the police, the family said.

"How can they turn an accused into a witness. A friend of another accused has also been made witness. What if they change the story in court? We want all the guilty to be punished immediately," a cousin of the girl said.

The girl's family and neighbours protested in Kamatipura after the girl alleged that besides the three arrested men, she was sexually exploited by eight others including a witness.

"My sister is traumatised, but wants to continue her studies," said the girl's brother.