Across party lines, voters and workers are wondering how elected representatives who swore by their party's ideologies just months ago have suddenly embraced the BJP.

While the BJP has dramatically increased its strength in the 40-member Goa Assembly from 17 to 27 after 10 Congress lawmakers switched sides earlier this week, not all workers of the ruling party are happy about the move and have questioned the leadership. Some of them say they are "demoralised".

"I am totally demoralised and I don't like the idea of their induction into the BJP and the cabinet, which they are doing for petty gains," said Sumant Joglekar, a worker of the BJP's ideological mentor Rashtriya Swayamsevak Sangh (RSS). Mr Joglekar's father was one of the founders of the RSS in Goa, and he has helped to build the BJP in Goa.

"Our bosses don't have to meet the people. We have to face them. We have to ask them for votes and membership. I am not ready to compromise with my principles and I am against this move. I am deeply hurt. Is this the party with a difference?" Mr Joglekar told NDTV.

Senior journalist Arvind Tengse, who said he voted for the BJP in the national election, said he is upset with Congress legislators suddenly entering the party. His objection is against the entry of Babush Monserrate, whom the BJP had opposed in the bypolls for Panjim assembly seat just two months ago. Mr Monserrate faces rape allegations.

"Women supported the BJP and now they are upset. Everyone knows what Babush Monserrate is all about. There is a rape case going on against him. He has been chargesheeted. And yet he has been inducted into the BJP and may even get a cabinet berth," said Mr Tengse. 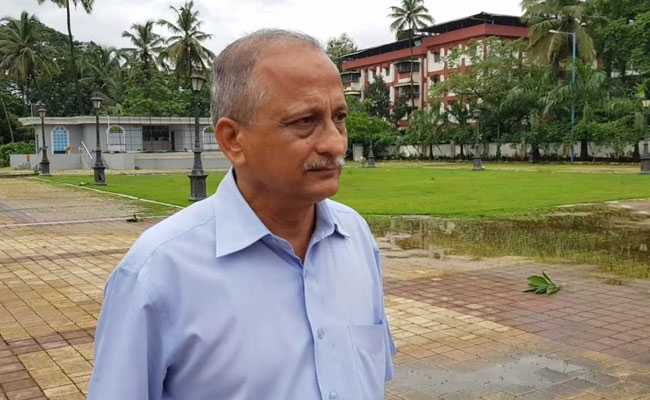 Sumant Joglekar, a worker of the RSS, has helped to build the BJP in Goa.

Congress workers are also upset as the candidates they worked for have suddenly crossed over to the other side. Floriano Colaco, 52, says the defectors won't be able to win the next time. "It hurts. This constituency is a Congress constituency. There is no other party which can defeat the candidate who gets a congress ticket. So it hurts," Mr Colaco told NDTV.

Across party lines, voters and workers are wondering how elected representatives who swore by their party's ideologies just months ago have suddenly embraced the BJP and made a complete U-turn. It's this sentiment that one of the BJP's tallest leaders in Goa, Manohar Parrikar's son, Utpal, articulated in a strong message to his party. "This is definitely a different path which my father had taken. I am worried about the workers of the party who are working for the past 30 years," Utpal Parrikar told news agency ANI.

BJP strategists say with 10 of the 15 Congress lawmakers who are joining them being Christians, it will help the party gain more voters among the community. The Congress says though the legislators have left, voters haven't and Christians will continue to vote for the Congress.

"This is just fooling the people and to folks the diaspora and tell them we care for you. But the hidden agenda is intact and they spill that agenda when the time is right," Congress leader Emerson Vaz told NDTV.

Goa Congress spokesperson Siddanath Buyao told NDTV, "Congress voters feel cheated. These MLAs who have shifted to BJP have won because of Congress votes and not individual votes."